Baghdad Falls to US Troops

San Francisco Chronicle - After a spectacular foray in the early morning, with U.S. and Iraqi troops trading bursts of fire, the Americans captured a huge swath of western Baghdad,

and the thousands of Iraqi soldiers on the densely populated eastern bank of the Tigris River seemed to sense that the end was near. By dusk they had disappeared, and only a few lightly armed militiamen guarded key intersections.

Increasing numbers of young and middle-aged men in military haircuts could be seen lounging around in casual civilian clothes -- as if they had just stashed their uniforms in a closet somewhere.

The Ministry of Information, which has acted as Hussein's mouthpiece, also seemed to vanish. State television, with its stock footage of Hussein reviewing troops and waving to crowds, was knocked off the air after U.S. troops based at a presidential palace attacked the ministry and broadcast center. And after a brief, chaotic midmorning appearance at the Palestine Hotel, which was rocked by a tank round that killed two of the scores of international journalists holed up there, Information Minister Mohammed Saeed al-Sahhaf and his top aides were nowhere to be seen.

By the end of the day, the mood shift was dramatic. The streets emptied of vehicle traffic, as if people feared that they might stumble on a column of U. S. tanks as they crossed the street. 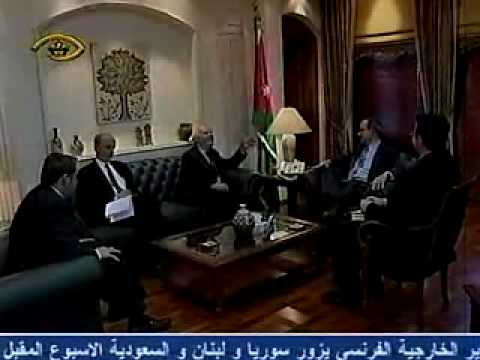