"Why Georgia" is the third single released by John Mayer from his first album, Room for Squares.

As a B-side, the international version single featured the live version of "Why Georgia" as it appeared on Mayer's first live album, Any Given Thursday, as the single followed the live album's release. The international single was released only two months prior to Mayer's second album, Heavier Things. 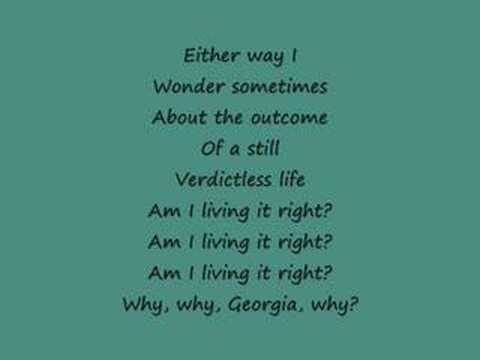