Old School is a 2003 comedy film released by DreamWorks and directed by Todd Phillips.

The film was written by Phillips and Scot Armstrong. The film stars Luke Wilson, Vince Vaughn, and Will Ferrell as three thirty-somethings who seek to re-live their college days by starting a fraternity, and the tribulations they encounter in doing so.

I have now seen this film three times. The first time I saw it was in 2005, and I know that was a good first viewing, even though I later realized I could barely remember any of it! The second time I saw it, I could remember a bit more in the end (not that much more, mind you), even though I didn't find it quite as amusing this time. Finally, I just watched it for the third time last night, and I think that was also my last time. I think I can remember most of it now (some parts still didn't ring any bells the third time, even though I had seen them twice before!), but overall, I didn't find it too amusing this time, so what good is that?

Mitch Martin, Frank Ricard, and Bernard "Beanie" Campbell are three friends, all currently in their thirties, who are not currently having the best of luck. One night, when Mitch comes home from work, he finds out his girlfriend, Heidi, is playing a sex game with another couple, and that's the end of their relationship. Shortly after this incident, Frank gets married, but giving up his partying lifestyle will not be easy. Beanie has been married for a while now, and has kids of his own, but longs for his old partying lifestyle. Mitch has moved into a house on a local university campus, and the three friends start a fraternity there to relive their past! Many people join them, including students, as well as others of different ages, the oldest one 89. However, Gordon Pritchard, whom Mitch, Frank, and Beanie knew in their childhood and liked to pull pranks on, is now the dean of this university! Still holding a grudge against them, he plans to shut down this fraternity of theirs! 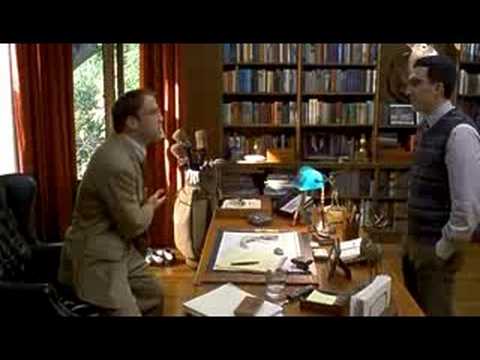