In April 2003, Saddam's whereabouts remained in question during the weeks following the fall of Baghdad and the conclusion of the major fighting of the war.

Various sightings of Saddam were reported in the weeks following the war but none was authenticated. At various times Saddam released audio tapes promoting popular resistance to the U.S.-led occupation.

Saddam was placed at the top of the U.S. list of "most-wanted Iraqis." In July 2003, his sons Uday and Qusay and 14-year-old grandson Mustapha were killed in a three-hour gunfight with U.S. forces.

On 14 December 2003, U.S. administrator in Iraq L. Paul Bremer announced that Saddam Hussein had been captured at a farmhouse in ad-Dawr near Tikrit. Bremer presented video footage of Saddam in custody.

Saddam was shown with a full beard and hair longer than his familiar appearance. He was described by U.S. officials as being in good health. Bremer reported plans to put Saddam on trial, but claimed that the details of such a trial had not yet been determined. Iraqis and Americans who spoke with Saddam after his capture generally reported that he remained self-assured, describing himself as a "firm but just leader."

According to U.S. military sources, following his capture by U.S. forces on 13 December Saddam was transported to a U.S. base near Tikrit, and later taken to the U.S. base near Baghdad. The day after his capture he was reportedly visited by longtime opponents such as Ahmed Chalabi.

British tabloid newspaper The Sun posted a picture of Saddam wearing white briefs on the front cover of a newspaper. Other photographs inside the paper show Saddam washing his trousers, shuffling, and sleeping. The United States Government stated that it considers the release of the pictures a violation of the Geneva Convention, and that it would investigate the photographs. During this period Hussein was interrogated by FBI agent George Piro, revealing among other things that Saddam had not expected a U.S. invasion of Iraq.

The guards at the Baghdad detention facility called their prisoner "Vic," and let him plant a little garden near his cell. The nickname and the garden are among the details about the former Iraqi leader that emerged during a 27 March 2008 tour of prison of the Baghdad cell where Saddam slept, bathed, and kept a journal in the final days before his execution. 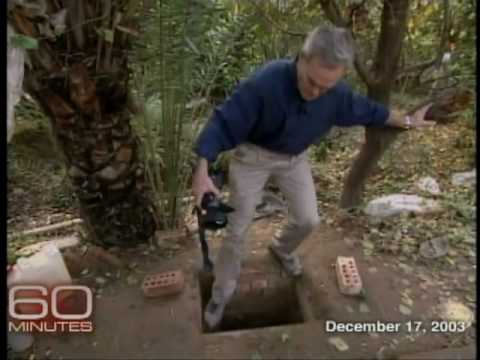 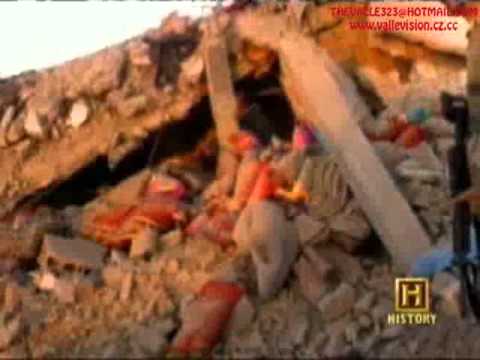