In the short time it's been out, it's gained some cult notoriety going as far as earning the lowest possible score on Gamespot to churning out one of the catchiest quotes this side of “All your base..”. I'd say it falls in between the creative faux-pas of Ed Wood's Plan 9 From Outer Space and the Garbage Pail Kids Movie. I'd even go further as to say that Big Rigs doesn't even qualify as a game as it's more of a tech demo for a subpar 3D engine. After all, to qualify as a game, it must be interactive and I've seen fly-through demos more interactive than this.”

Unleashed on an unsuspecting public in November of 2003 and published as a budget title by the quintessential purveyors of crap, Acclaim, Big Rigs Over the Road Racing became infamous for being the worst game ever made, and you’re sure as hell going to find out why. Brought to us by a group of Russian developers called Stellar Stone LLC, a company devoted to “provide our clients with best of gaming technologies and cut their development expenses, allowing them to concentrate on product rather than on technology hustles of development.” If anything, this game more than represents their mission statement. 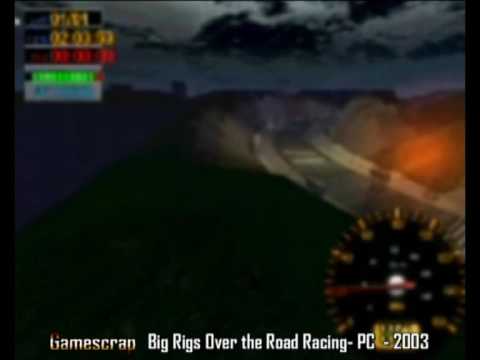