In 2000, a new company called AOL Time Warner, with Steve Case as chairman, was created when AOL purchased Time Warner for US$164 bn.

The deal, announced on 10 January 2000 and officially filed on 11 February 2000, employed a merger structure in which each original company merged into a newly created entity. The Federal Trade Commission cleared the deal on December 14, 2000, and gave final approval on January 11, 2001; the company completed the merger later that day. The deal was approved on the same day by the Federal Communications Commission, and had already been cleared by the European Commission on 11 October 2000. The shareholders of AOL owned 55% of the new company while Time Warner shareholders owned only 45%, meaning that the smaller AOL had in fact bought out the far larger Time Warner.

After the merger, the profitability of the ISP division (America Online) decreased.[citation needed] Meanwhile, the market valuation of similar independent internet companies drastically fell. As a result, the value of the America Online division dropped significantly. This forced a goodwill write-off, causing AOL Time Warner to report a loss of $99 billion in 2002 — at the time, the largest loss ever reported by a company. In 2003, the company dropped the "AOL" from its name, and removed Steve Case as executive chairman in favor of Richard Parsons, with AOL remaining a part of the company. That same year, Time Warner spun off Time-Life's ownership under the legal name Direct Holdings Americas, Inc. Case resigned from the Time Warner board on October 31, 2005.

At a board of directors meeting in New York Thursday, AOL Time Warner officers elected to drop "AOL" from the conglomerate's name. The company will become Time Warner Inc., returning to its former New York Stock Exchange symbol "TWX." The transition is expected to be complete within the next few weeks.

Chairman and Chief Executive Officer Dick Parsons said: "We believe that our new name better reflects the portfolio of our valuable businesses and ends any confusion between our corporate name and the America Online brand name for our investors, partners and the public." 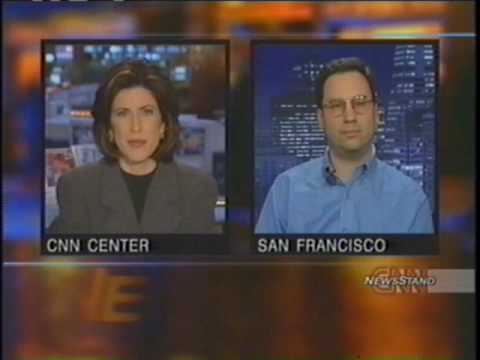 View other events that happened in October 2003