Hate Crew Deathroll is the fourth album by Finnish heavy metal band Children of Bodom, released in 2003 under the Century Media label.

The album is the final to feature guitarist Alexander Kuoppala. It was successful both in Europe and the USA, after the appearance of the "Needled 24/7" music video on MTV2's Headbangers Ball. "Needled 24/7" also featured on the heavy metal documentary Metal: A Headbanger's Journey.

This showed the band's sound becoming more streamlined and a bit simpler, more power metal and classic metal oriented than on previous albums. The keyboards were a bit more toned down as the guitars took hold as the more predominant instrument.

The tracks "Sixpounder" and "Angels Don't Kill" are played in drop C (CGCFAD) tuning, which has the 6th (C) string tuned a step lower than the band's usual step-down tuning.

The song "Hate Crew Deathroll" is only 3:33, but the track lasts 6:38 altogether. It sounds like it's just silence after the song ends, but if the volume is turned up high, you can hear the band members fooling around in the studio.

The band shot a video for "Needled 24/7", but it ended up being very expensive and did not turn out how the way they wanted it to. To make up for it, they shot the video for "Sixpounder". This video has an edited version, in which the blood looks less realistic, and the license plate at the beginning just says "COB 6 6". At the end of Needled 24/7 there is a quote: Death? What do yall know about death? taken from the movie Platoon. The lyrics of Sixpounder are about sixpounder cannons.

"You're Better Off Dead" was the only single from the CD. The single also contained a cover of the Ramones' "Somebody Put Something in my Drink". The album topped the Finnish singles chart and spent sixteen weeks on the chart .

"Bodom Beach Terror" includes a quote heard in the movie American Psycho. My pain is constant and sharp and I do not hope for a better world for anyone, in fact I want my pain to be inflicted on others. The quote can be heard at the end of the song. The quote continues into the beginning of the next track, "Angels Don't Kill", with "I want no one to escape."

The booklet contains the lyrics for "Needled 24/7", "Chokehold (Cocked 'n' Loaded)", "You're Better Off Dead" and "Hate Crew Deathroll". 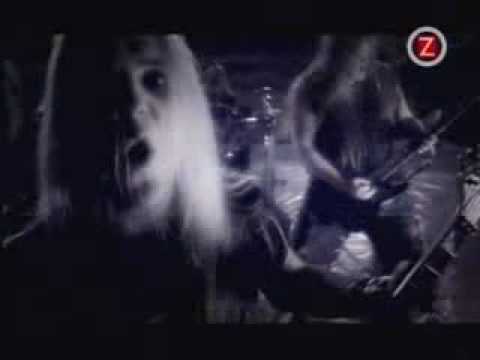