The Volvo XC90 is a mid-size luxury crossover SUV produced by Volvo Cars since it was unveiled at the Detroit Motor Show 2002.

Volvo does things a little differently from other premium brands in the automotive world. For this Swedish manufacturer, safety and kid-friendliness are just as important as luxury amenities and driving performance, and in no vehicle is this more apparent than the Volvo XC90, a midsize seven-passenger SUV.

Innovative safety features aside, the XC90 is merely adequate relative to the premium midsize SUV competition. Zestier performance is available elsewhere, as are more cavernous cargo holds. With more and more modern competitors measuring up to Volvo's high safety standards, the aging XC90 isn't the slam dunk for families that Volvo products used to be. It remains capable, though, and arguably safer than ever thanks to some new tricks.

The Volvo XC90 is available in two versions: 3.2 and V8. Available with front- or all-wheel drive, the 3.2 is the entry-level model and carries a 3.2-liter inline six-cylinder engine rated for 235 horsepower. Mileage suffers a bit on the XC90 V8, but the 311-hp 4.4-liter V8 provides strong acceleration, moving this 4,600-pound SUV to 60 mph in 7.6 seconds. All-wheel drive is standard with the V8.

The 3.2 comes with five-passenger seating (with the third-row seat optional), while the V8 comes with seven-passenger seating. As this is a premium SUV, almost all major safety and convenience features are included, even on the base model. Major options include a rear entertainment system with dual screens, a DVD-based navigation system, a Dolby Pro Logic II surround-sound audio system and an interior air quality system, as well as an ultra-luxurious executive package for the V8 model.

Easily one of the safest SUVs on the market, the Volvo XC90 pioneered Roll Stability Control. This bit of technology uses a gyro sensor to identify every SUV owner's greatest fear, a potential rollover, and activates the stability control system to try to avert it. Another interesting feature is the Blind Spot Information System (BLIS), which monitors images from a pair of cameras mounted in the side mirrors and warns the driver via an indicator light when another vehicle moves into the XC90's blind spot. Of course, the XC90 also provides staples like side curtain airbag protection for all three rows, anti-whiplash seats and an emergency communications system. Volvo crash safety is legendary, and indeed, this midsize SUV has scored well in NHTSA and IIHS testing.

In reviews, we've found that the XC90 drives just as you'd expect a safe, heavy Volvo SUV to drive. Ride quality is smooth and the cabin stays quiet, while handling is competent but not particularly sporty. Equipped with AWD, the XC90 makes an excellent snow vehicle but isn't intended for serious off-road romps. V8-powered models are considerably more satisfying to drive than six-cylinder XC90s.

Despite its advancing age, the seven-passenger Volvo XC90 is one of our top recommendations for families shopping for an SUV. Although its on-road performance is merely average as luxury SUVs go, the XC90 still offers a winning combination of safety, solidity and style.

The XC90 debuted for the 2003 model year. Changes have been limited over the years. The V8 joined the fray in 2005, while the 3.2-liter six-cylinder engine debuted in 2007 as a replacement for the 208-hp, 2.5-liter turbocharged inline five-cylinder (known as the 2.5T) offered through 2006. Used XC90 shoppers will also come across T6 models (sold from 2003-'05), which had a 268-hp, twin-turbocharged, 2.8-liter inline six-cylinder. Although acceleration was adequate with either of these turbo engines, their power bands really weren't well suited for duty in a heavy SUV. However, if you test-drive a used XC90 T6 or 2.5T and find its performance to your liking, there's no reason not to buy it. 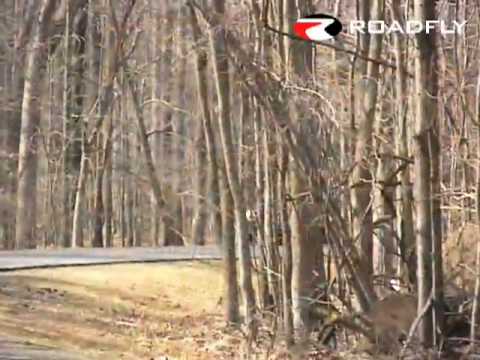