Star Trek Nemesis is a 2002 science fiction film directed by Stuart Baird, written by John Logan, and with music composed by Jerry Goldsmith.

It is the tenth feature film in the Star Trek franchise, and the fourth and final film to star the cast from the television series Star Trek: The Next Generation. It follows the mission of the crew of the USS Enterprise-E as they are forced to deal with a threat to the United Federation of Planets from a Reman named Shinzon who has taken control of the Romulan Star Empire in a coup.

Nemesis acted as a swan song for The Next Generation cast, as could be seen from the film's tagline of "A generation's final journey begins". The film was the least commercially successful in the franchise, and was poorly received by the majority of critics. Reviews also expressed that the response to the film was evidence that the franchise had become stale. 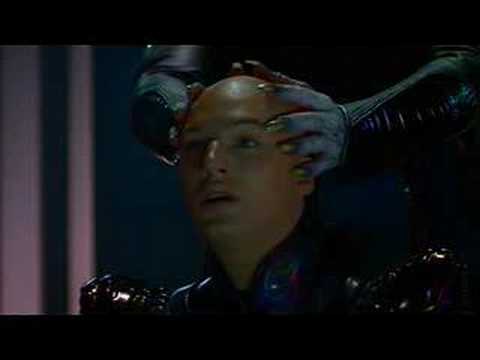