Detroit defeated Carolina in five games to win their tenth Stanley Cup championship. The Red Wings became the first team in NHL history to win the Cup after starting the playoffs with two losses at home. After losing the first two games in their Conference Quarterfinal to the Vancouver Canucks, the Red Wings then won 16 of their next 21 games en route to win their third Cup for coach Scotty Bowman. Bowman's win, his ninth, established a new coaching record, surpassing the mark he held with Montreal coach Toe Blake.

The series featured the two NHL franchises Gordie Howe played for. This was the first appearance in the Cup Finals for the Hurricanes (formerly the Hartford Whalers), who made an unlikely run to the Cup. While they were seeded third as a division winner, in actuality they had the second-lowest point total (91) for a playoff team not only in the Eastern Conference, but also the whole NHL. In their whole NHL history, they had only won one playoff series prior to this season (as the Whalers), and had streaks of 5 and 6 seasons in which they did not make the playoffs.

Carolina defeated the New Jersey Devils 4–2, the Montreal Canadiens 4–2 and the Toronto Maple Leafs 4–2 to advance to the Final. Detroit defeated the Vancouver Canucks 4–2, the St. Louis Blues 4–1 and the Colorado Avalanche 4–3.

The Hurricanes stunned the Red Wings in game one of the finals on the strength of Ron Francis’ overtime goal. That would be Carolina’s only win in the series as the Red Wings won four straight including a triple overtime win in game three that proved to be the turning point in the series. The Cup win would be the first for many veterans on the team including goaltender Dominik Hasek, forward Luc Robitaille, as well as defensemen Steve Duchesne and Fredrik Olausson. It also marked the second Cup win for Chris Chelios, 16 years after he first won the Cup as a member of the Montreal Canadiens in 1986.

DETROIT (AP) -- The Detroit Red Wings and coach Scotty Bowman won the Stanley Cup they were supposed to win, then came the surprise -- Bowman upstaged his players by skating off into retirement.

Bowman, who always had the last word in an unparalleled coaching career, carried the trophy as he glided around the ice in a victory lap after the Red Wings beat Carolina 3-1 on Thursday night in Game 5 of the Stanley Cup finals.

It was a night for firsts -- and lasts. The Red Wings won their 10th Stanley Cup in a season they dominated from start to finish, Bowman won his record ninth title, and future Hall of Famers Dominik Hasek and Luc Robitaille each won their first championship.

Does the fact that the Red Wings bought the Stanley Cup -- as many contend -- taint their accomplishment? Hardly. More went into their successful recipe than merely greenbacks.

If a chance at the Cup came down to money alone, the Carolina Hurricanes and their mid-level payroll would not have represented the East. The Philadelphia Flyers would have purchased the right, instead of flaming out in the first round.

If all that was required was high-priced talent, then Jaromir Jagr and the Washington Capitals wouldn’t have been sitting idle since mid-April and the St. Louis Blues wouldn’t have succumbed to the Wings in the second round with little more than a whimper.

The Red Wings know this as well as anyone, having dominated the league in 1995-96 in record fashion only to fall short of the ultimate goal in the postseason.

No, a bankroll alone does not necessarily garner a championship in hockey. In Detroit, it was just one of 10 essential ingredients. 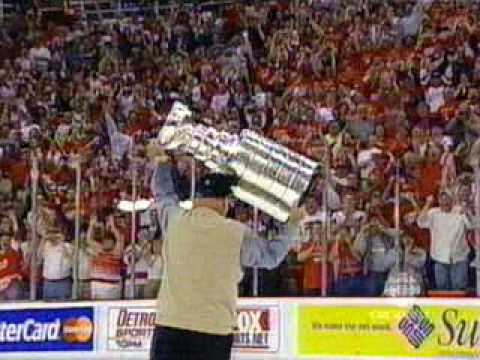 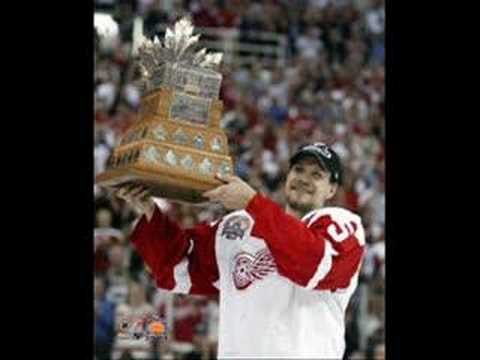 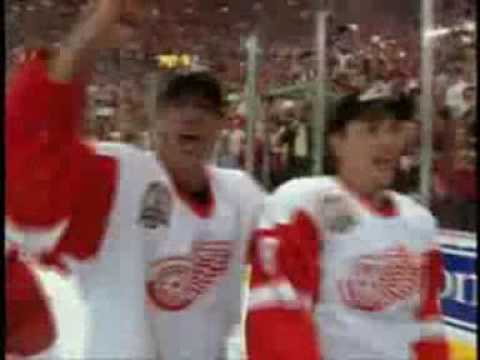