Spider-Man is a 2002 American superhero film based on the fictional Marvel Comics character Spider-Man.

The film begins with Peter Parker, a high school student, being bitten by a genetically altered spider. After misusing his newly-given abilities, which indirectly causes the death of his Uncle Ben, he becomes the heroic Spider-Man. Peter hopes to win the heart of Mary Jane Watson, the girl he has loved since he was a boy. Meanwhile, he must battle the villainous Green Goblin, the alter ego of the father of his best friend, Harry Osborn.

After being stuck in development hell for nearly 25 years, the film was released on May 3, 2002, by Columbia Pictures, to excellent reviews and a record-breaking opening weekend. With $821.71 million worldwide, it was 2002's third-highest-grossing film and is the 18th-highest-grossing film of all time. Spider-Man was, for its time, the most successful film based on a comic book. The film's success has led to two sequels, Spider-Man 2 and Spider-Man 3. Spider-Man 3, like Spider-Man, would set a new record for opening-weekend gross. 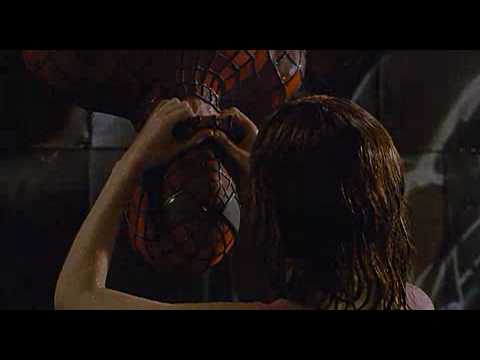