It began on March 12, 2002, and ended with the championship game on April 1 in Atlanta, Georgia. A total of 64 games were played.

This was the first year that the tournament used the so-called "pod" system, in which the eight first- and second-round sites are distributed around the four regionals. Teams were assigned to first round spots in order to minimize travel for as many teams as possible.

Maryland, coached by Gary Williams, won the national title with a 64-52 victory in the final game over Indiana, coached by Mike Davis. Juan Dixon of Maryland was named the tournament's Most Outstanding Player.

For the second straight year the Maryland Terrapins earned a bid to the Final Four. This time they would take advantage of their trip. After falling behind 13-2 to the Kansas Jayhawks to begin the game, Maryland stormed to a 44-37 lead at halftime. They expanded their lead to 20, 83-63, with 6:11 left in the game. Roy Williams' Kansas squad did not quit and closed the gap to 4 with under a minute remaining, but the Terps survived to advance to the championship, 97-88. Maryland senior Juan Dixon led the contest in scoring with 33.

Mike Davis's Indiana Hoosiers continued their cinderella ride in the NCAA Tournament by defeating another higher ranked team, the Oklahoma Sooners. Oklahoma led most of the first half, and took a 34-30 lead into halftime. However, with the score 60-60 late in the 2nd half Indiana broke ahead for good with an easy bucket from Jeff Newton, who led the Hoosiers with 19 points. The Hoosiers outscored the Sooners by 13 in the 2nd half and advanced to the championship game with a 73-64 victory. Oklahoma was coached by Kelvin Sampson, who later in his career would succeed Davis as IU head coach.

The Maryland Terrapins completed the task they set out to do one year earlier by defeating the Indiana Hoosiers 64-52. The game was noted for being one of the most poorly played championship games in memory. Many observers felt the game would have finished much closer had Indiana point guard Tom Coverdale been healthy. Maryland led virtually the entire game except for a brief point with 9:52 left in the basketball game when Indiana took a 44-42 lead. Maryland answered the Hoosier run and ended the game with a 22-8 run to bring home the school's and coach Gary Williams's first men's basketball National Championship. Senior Juan Dixon was named the tournament's Most Outstanding Player (MOP). Maryland completed a very impressive tournament run in which they were never on the brink of elimination.

ATLANTA -- A star who stepped up and a tightly wound coach - a match made in Maryland, and good enough to turn the Terrapins into national champions.

This was the Terrapins' first appearance in a national championship game and the senior-laden lineup came through over the final 9:42, pulling away from the Hoosiers to become the fourth straight No. 1 seed to win it all.

Coach Gary Williams guided his alma mater from the depths of probation 13 years ago to the pinnacle of college basketball. He let his intense demeanor melt long enough to celebrate with his team, which featured four players who had started at least 100 games in their careers.

"We had to really grind it," he said. "It took us a good 25 minutes before we really ran our offense. Not many coaches get a chance to coach three great seniors like this. It was a thrill for me to watch these guys work hard and get their reward."

ATLANTA -- Juan Dixon's smile grew wider and wider, his clapping faster and faster as the final seconds ticked away. When the buzzer sounded, he took the ball and heaved it high toward the roof of the Georgia Dome before falling to the floor in the arms of fellow senior Lonny Baxter.

The Maryland Terrapins had done it.

With Dixon and Baxter leading the way, they won their first national championship with a 64-52 victory Monday night, ending Indiana's magical tournament run as well as years of disappointment within their own program.

"I feel like I'm dreaming right now because I'm part of a national championship team," said Dixon, the All-American guard who snapped out of a scoring drought just in time. "It's a great feeling. I'm speechless."

This was the Terrapins' first appearance in a national championship game and the senior-laden lineup came through over the final 9:42, pulling away from the Hoosiers to become the fourth straight No. 1 seed to win it all. 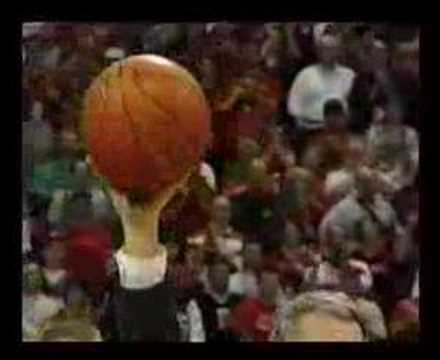 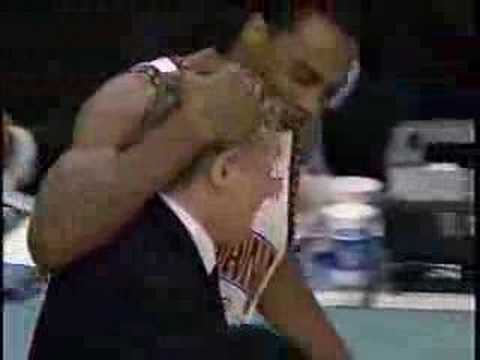