The Super Bowl XXXVI halftime show featured a three-song set from Irish rockers U2, who had just completed their successful Elevation Tour.

After renditions of "Beautiful Day" and "MLK", the band launched into "Where the Streets Have No Name," featuring two backdrops with the names of victims of the 9/11 attacks floating into the sky behind the band and Bono opening his jacket to reveal an American flag printed into the lining. While singing "Where the Streets Have No Name," Bono replaced the lyrics 'the poison rain' to 'the Louisiana rain'. In 2009, SI.com ranked it as the best halftime show in Super Bowl history. 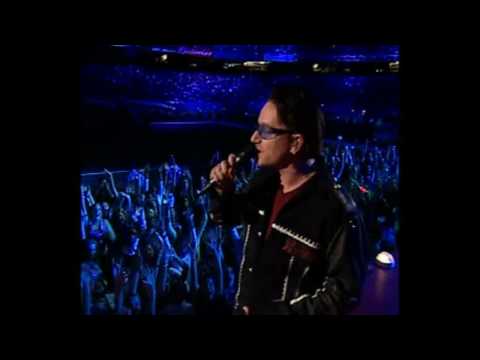 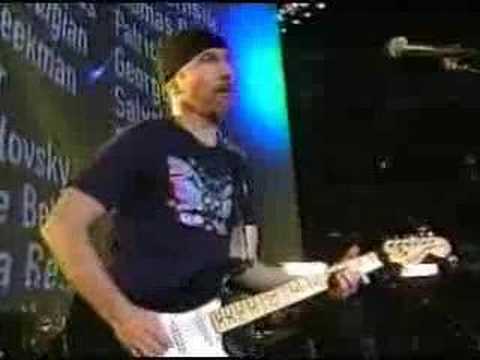