The Rams outgained the Patriots 427-267 in total yards, but the Patriots forced three turnovers, which resulted in 17 points, while committing no turnovers.

Jeff Wilkins' 50-yard field goal capped a 10-play, 48-yard drive midway through the first quarter to give the Rams a 3-0 lead. The first turnover came with 8:49 left in the second quarter, when Ty Law stepped in front of an out-pattern pass intended for Isaac Bruce and raced 47 yards untouched down the left sideline into the end zone.

That's the only way to describe the Patriots upset victory over the St. Louis Rams in Super Bowl XXXVI. A 14-point underdog entering the game, New England and was expected to roll over sometime around halfway through the first quarter. Most football experts considered St. Louis the superior team, and many thought maybe the Rams would put a 30 on the scoreboard by halftime. Yet the Pats managed to take advantage of a lot of key turnovers and several clutch plays to claim a 20-17 victory.

NEW ORLEANS — The odds meant nothing, as Adam Vinatieri's kick sailed straight and true for the New England Patriots. By the last second of Super Bowl XXXVI, logic had been left behind. Vinatieri's 48-yard field goal as time expired won the unlikeliest of championships and secured one of the most memorable of upsets Sunday night, giving the 14-point underdog Patriots a 20-17 victory over the St. Louis Rams for their first Super Bowl title. ''Every player and every coach work a lifetime for this,'' Patriots coach Bill Belichick said. Vinatieri's field goal came after the Patriots had blown a 17-3 lead in the last 10 minutes, nearly losing grasp of a game their defense had tightly held all night. It was left to Tom Brady, the game MVP and at 24 the youngest winning quarterback in Super Bowl history, to move the Patriots 52 yards in the last 81 seconds, hitting five of seven passes in a reasonable rendition of Joe Montana to get them into position to retrieve an unforgettable Super Bowl. 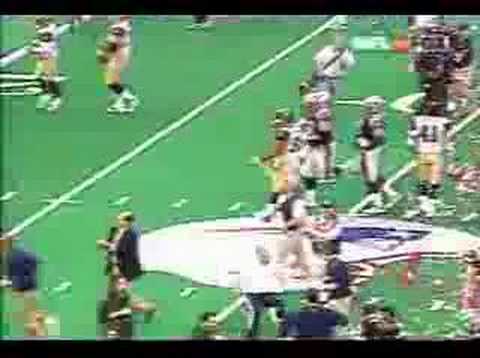