"Star Wars Kid" is an Internet phenomenon (also called an Internet meme) which started when a fourteen-year-old French Canadian high school student filmed himself wielding a golf ball retriever like a lightsaber in a similar fashion to that of Darth Maul. This video clip was found by some of his classmates and shared online through a peer-to-peer filesharing client. The student was taunted and criticized by his peers, eventually leading to a lawsuit. The video was one of the most popular videos on the Internet in 2003.

On November 4, 2002 the student made a video of himself swinging a golf ball retriever around as a weapon. The video was filmed at his high school studio, and the tape left in a basement. Inadvertently, he taped it over a portion of a basketball game (as seen extremely briefly at the end of the clip). The original owner of the videotape discovered it and immediately shared it with friends. Thinking that it would be a funny prank, one of them encoded it to a WMV file and published it over the Kazaa peer-to-peer file sharing network. It was also hosted on a personal website.

Within two weeks, the file had been downloaded several million times. An adapted version of the video was created, adding Star Wars music, texts, and lightsaber lights and sounds to his golf ball retriever.

As of November 27, 2006 it was estimated by The Viral Factory that the videos had been viewed over 900 million times, making it the most popular "viral video" on the Internet. 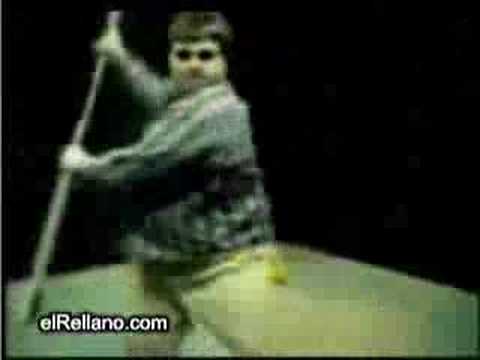 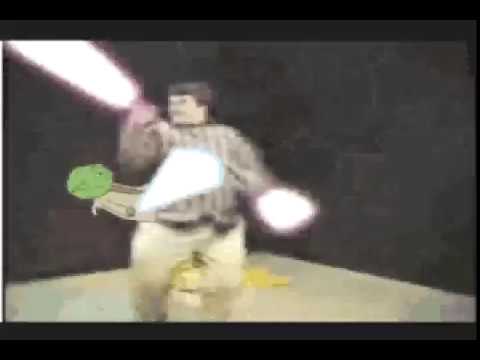