The MAM recently gained international recognition with the construction of the white concrete Quadracci Pavilion, designed by Santiago Calatrava (his first completed project in the United States), which opened on May 4, 2001.

The pavilion was engineered by the Milwaukee-based engineering firm, Graef. The structure contains a movable, wing-like brise soleil which opens up for a wingspan of 217 feet during the day, folding over the tall, arched structure at night or during inclement weather. The brise soleil has since become a symbol for the city of Milwaukee. In addition to a gallery devoted to temporary exhibits, the pavilion also houses the museum's store, as well as its restaurant, Cafe Calatrava. With the exception of the temporary exhibition gallery, the galleries themselves are contained in both the Saarinen building and a 1975 addition designed by local architect David Kahler. This addition was commissioned in 1969 to make room for other exhibits and donations.

In the early stages of planning for the Museum’s centennial birthday, another major expansion was proposed and accepted. In 1994, based upon his international vision and skill as an engineer and architect, Spanish-born architect Santiago Calatrava was chosen to be the designer to carry the Museum into the next millennium. On December 10, 1997, the Milwaukee Art Museum broke ground for the new addition.

The Quadracci Pavilion, the first Calatrava-designed building to be completed in the United States, opened in 2001 to rave reviews. The expansion project included new exhibition galleries and an auditorium, as well as a museum store and cafe. In addition, the Museum completely renovated and remodeled its Collection galleries.

Source: The Milwaukee Museum of Art Added by: Theo Skolnik 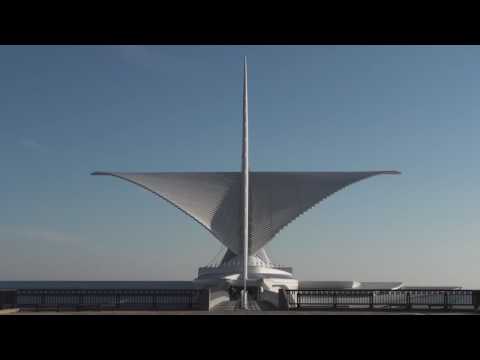 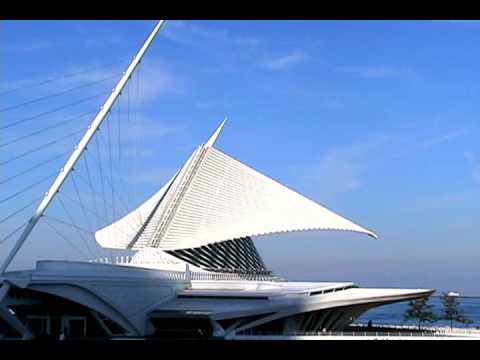