A huge explosion ripped through AZF (Azote de France) fertiliser factory in an industrial zone on the outskirts of Toulouse, southwest of France, at 10:15 am, last Friday 21 September 2001.

For the moment, 31people are reported dead The total number of injuries is said to be 2,442. More than 350 people were in the plant at the time (266 AZF employees and 100 subcontractors).

The explosion had occurred in a warehouse in which granular ammonium nitrate was stored flat, separated by partitions. The amount is said to be between 200 to 300 tonnes of ammonium nitrate, which is used to make fertilisers. A spokesman for the Interior Ministry in Paris ruled out a criminal attack, saying the explosion had been caused by an accident following an "incident in the handling of products". The exact cause remains unknown.

On 21 September 2001, a huge explosion occurred in the AZF fertiliser factory in Toulouse, France, belonging to the Grande Paroisse branch of the Total group.

Three hundred tonnes of ammonium nitrates were stored (the maximum capacity was 2,000 tonnes) in the hangar #221. The whole factory was destroyed making a crater of depth 20 to 30 m (65 to 100 ft), with a diametre of 200 m (650 ft); steel girders were found 3 km away from the explosion. The blast measured 3.4 on the Richter scale, with an estimated power equivalent to 20-40 tons of TNT. The explosion was heard 80 km away (50 miles). Due to the acoustics of the hills and the large sound, the explosion was reported as occurring in multiple places. Police at first believed that at least five bombs had simultaneously gone off. There is still controversy over the exact number of explosions.

The factory was close to the city: one of the most inhabited areas, Le Mirail, is just one kilometre away (0.6 miles). Several schools, one university campus, one hospital and a psychiatric hospital had to be evacuated.

A man found dead at the blast site was known to police for possible Islamic fundamentalist sympathies and was involved in altercations before the blast with workers displaying the U.S. flag in sympathy with victims of the September 11 terror attacks, authorities said.

The September 21 blast at the AZF petrochemical facility was believed to have gone off when employees accidentally mixed the wrong chemicals, fire officials said. The blast knocked out windows and damaged buildings several miles from the site.

The French environment minister said yesterday a massive explosion that destroyed a chemical plant in Toulouse last month, killing 29 people and injuring more than 2,000, could have been a terrorist attack. The remark by Yves Cochet followed the revelation that one of the men found dead on the site of the AZF fertiliser plant in the southern French city had a police record and known Islamic fundamentalist sympathies.

While the Toulouse prosecutor heading the inquiry has consistently said he is "99% certain" the blast was an accident, several leading French scientists have pointed out that the chemical involved - ammonium nitrate - is exceptionally stable and was highly unlikely to have exploded spontaneously. 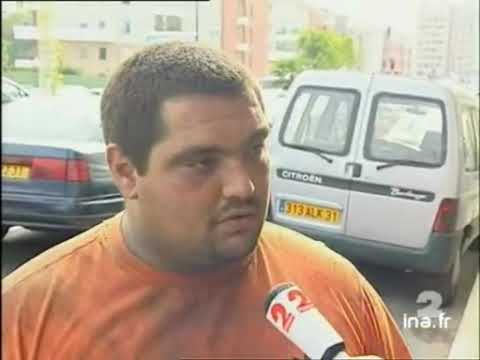