Adult Swim, stylized as [adult swim], is an adult-oriented cable television network that shares channel space with Cartoon Network from 10:00 PM to 6:00 AM ET/PT in the United States and broadcasting in countries such as Australia and Japan.

The network features animated shows, including original programming, syndicated shows, and Japanese anime, generally with minimal or no editing for content. The shows are geared toward a 18+ audience, in contrast to the child and pre-teen daytime programming on Cartoon Network. The shows and commercial breaks are usually interrupted by "bumps", or moments where short jokes or Internet fan feedback (in which negative feedback is sometimes responded to in a sarcastic manner) are broadcast in simple white letters over a black screen.

Adult Swim began as a "spin-off" programming block of Cartoon Network, premiering on September 2, 2001 with the airing of the Director's Cut episode of Home Movies. It originally aired Sunday night with reruns on Thursdays. The name comes from a phrase used by public swimming pools to label designated times when children are restricted from using the facilities in favor of adults; "adult swim".

Adult Swim grew out of Cartoon Network's previous attempts at airing content appropriate for the kinds of audiences who would be watching their channel at late hours, namely Toonami: Midnight Run which aired primarily anime like Gundam Wing and Outlaw Star along with some very limited original programming, namely Space Ghost Coast to Coast. In 2000, several Williams Street programs debuted during this late night block and made a foundation for the yet to be created Adult Swim. Sealab 2021, Harvey Birdman, Attorney at Law, Aqua Teen Hunger Force and The Brak Show aired between one and three episodes each before disappearing into production.

Due to the popularity of this block and the Williams Street programs, Cartoon Network set Adult Swim into development, which aired on Sundays and repeated on Thursdays. Initially, the block's name was taken literally with its bumpers consisting of a lifeguard with a megaphone talking over a group of elderly people swimming in an indoor pool (i.e. an "adult swim"). The first programs airing on the block included Cowboy Bebop, Space Ghost Coast to Coast, Leave it to Brak, Sealab 2021, Harvey Birdman, Attorney at Law, Aqua Teen Hunger Force and Home Movies. 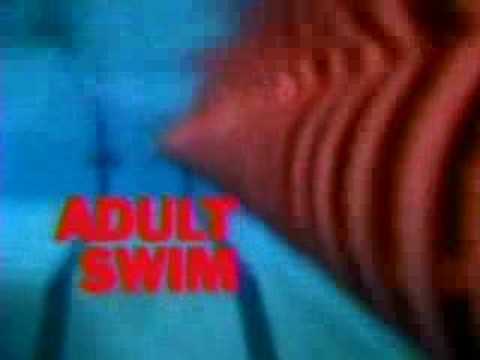