It is their first album released on the Temporary Residence label – the band were previously on the Sad Loud America label.

The band also garnered a small amount of media attention as the liner notes of this album contained a picture of an airplane and the text "This Plane Will Crash Tomorrow". Many sources claim the album was released on September 10, 2001, the day before the September 11, 2001 attacks, but this is unlikely because September 10th was a Monday and albums are generally released on Tuesdays in the United States. An interview published in Skyscraper Magazine in the spring of 2004 reveals that the album was officially released on August 27, 2001. Members of the band even went so far as to tell the magazine that they had the artwork and idea for the liner notes for over a year before the attacks on the World Trade Center.

The track "Have You Passed Through This Night?" is one of the first Explosions in the Sky songs to contain any words: a sample from the film The Thin Red Line.

The track title "With Tired Eyes, Tired Minds, Tired Souls, We Slept" was used as an episode title for a landmark episode of Season 3 of the television show One Tree Hill.

The artwork for the album, by David Logan, was inspired by The Angel of Mons. 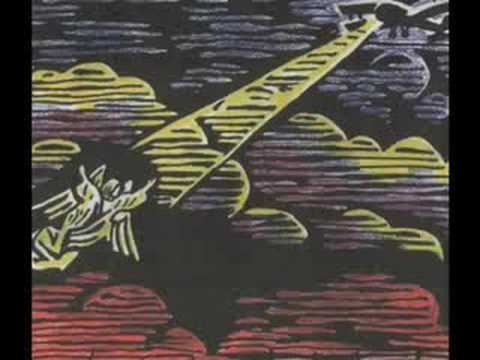