The massive crowd that swallowed up David Duval walking up the 18th fairway in the British Open didn't faze him.

He had seen it all before -- only it was always someone else's party.

Tiger Woods and Vijay Singh at the last two Masters. Woods at St. Andrews last year, when the closest Duval got to the silver Claret Jug was on the flight home.

On Sunday, a celebration long overdue was all his.

"It's a wonderful experience," Duval said Sunday. "I'd go through it again."

Duval refused to let the British Open turn into the 18-hole shootout everyone expected, seizing control with a rock-solid game that carried him to a 4-under 67 and gave him the prize that had eluded him the past four years.

He never looked at a leaderboard through those wraparound sunglasses. He didn't have to. Duval always believed he had the mettle to withstand the pressure of golf's sternest test, and the silver Claret Jug he held aloft was the greatest proof of all. 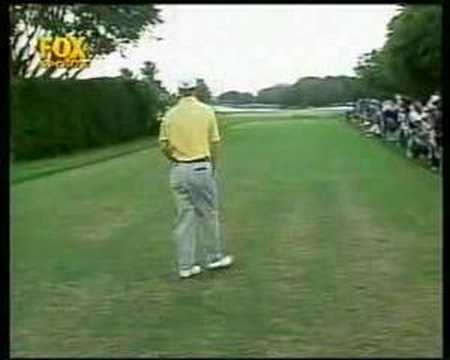