At one time, it was the highest-grossing South Korean movie of all time, but has since been surpassed by Silmido, Taegukgi , The King and the Clown and The Host. It has since been remade into a TV series by MBC.

This film is the director's experience about his friends, a semi-autobiography set in his hometown, Busan, and the actors speak with a strongly accented Busan dialect. The film changed the public images of Jang Dong-gun and Yu Oh-sung; previously, Jang had been famous for romantic comedies and Yu had appeared in movies with mostly cult interest.

Last year, "Chin goo (AKA Friend)" became the highest grossing film in Korean history, surpassing the highly acclaimed "Joint Security Area" and "Shiri". Many observers were curious as to the secret to its success. Was it because of the gangsters? the actors?

The main reason for this movie's phenomenal success was the fact that is was a very good movie about male friendship. In Korean culture, friendship between guys is a very strong relationship. Especially in the city in which the movie is set - Pusan - loyalty and sacrifice for friendship is seen as a very important part of honour. 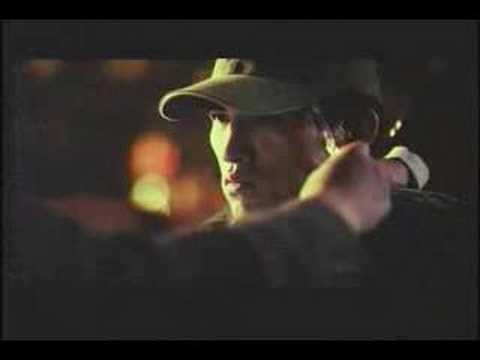