The 73rd Academy Awards ceremony was the last to take place at the Los Angeles Shrine Auditorium.

It was hosted by first-time host Steve Martin, who was nominated for an Emmy Award for his presentation.

Notable films included Gladiator, which received 12 nominations and 5 awards, and Crouching Tiger, Hidden Dragon, which received 10 nominations and 4 awards.
After a three-year streak of high ratings, the annual ceremony received very low ratings for the first time in four years. This is partially due to the popularity of CBS's Survivor which was number one on the Nielsen Weekly Ratings. The awards show dropped to second place for the first time in broadcasting history (42.93 million viewers; with 21.1% of households watching). The second time the ceremony placed below the top happened in 2003 when it was surpassed by American Idol.

The Icelandic pop singer Björk arrived in a gown with a fake swan draped across her. It caused an audience reaction that led to several comments by those participating in the Awards Ceremony (see Björk main page). She later used that dress on the cover of her 2001 record album Vespertine. 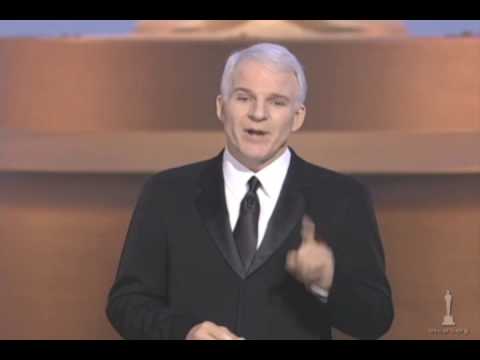