As it would happen, something unusual took place at this time.

Many objects, the majority of which were almost surely ice and/or debris, were moving about in the early morning Sun, while eastern Washington far below was still in pre-dawn darkness. However, there were THREE objects in the field of view which were almost certainly NOT ice and/or debris. The objects in question performed maneuvers which in my opinion are not possible for unpowered ice flakes. These things were starting, stopping, accelerating, and making sudden angled turns. Not your average behaviour for bits of ice. It's hard to imagine exactly HOW these three objects might have executed their observed motion due to a firing of the RCS ( Reaction Control System ) jets.

What he refers to as the “STS-102 Washington Sequence” caught my attention because of certain similarities to the more well known STS-48 video. Namely, one of the objects that had entered the video frame at the upper left is seen to accelerate abruptly at nearly the same moment that a bright flash of light occurs. While there were several objects in the STS-48 video that changed course in response to a light flash, the similarity is still striking. A second similarity to the STS-48 video is the appearance of a fast-moving object shortly after the light flash that seems to pursue and almost overtake the object that accelerated in response to the light flash. These objects are shown in the “time exposure” overlay of Figure 1. This video sequence was taken on March 19, 2001 around 12:30 GMT. 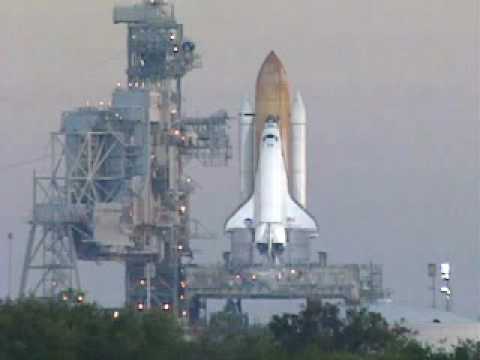