The 2001 film was directed by Steven Soderbergh and features an ensemble cast. The film was a success at the box office and with critics. Soderbergh directed two sequels, Ocean's Twelve in 2004 and Ocean's Thirteen in 2007. George Clooney stated in November 2007 that there will not be any additional sequels.

Shortly after being paroled from prison in New Jersey, Danny Ocean (George Clooney) breaks parole to visit Los Angeles, meeting up with Rusty (Brad Pitt), a former partner in his criminal schemes, to propose a new scheme he has in mind. The two head to Las Vegas to approach wealthy friend and former casino owner Reuben Tishkoff (Elliott Gould), with a plan to rob the vaults of the Bellagio, The Mirage and the MGM Grand casinos. 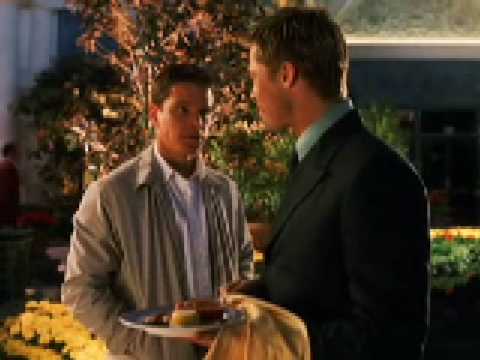