Nebraska quarterback Eric Crouch was selected as the 67th winner of the Heisman Memorial Trophy as the Outstanding College Football Player of the United States for 2001.

The 6'1", 200 pound Crouch becomes the third Cornhusker to win the Heisman Trophy as he joins Johnny Rodgers, the 1972 Heisman winner, and Mike Rozier, the 1983 Heisman winner. He is the 54th senior and the 24th quarterback to be selected as recipient of the award.

When Eric Crouch wrapped his hands around the Heisman Trophy, he finally let loose with a smile.

"Yes!" he said, slowly lifting the 25-pound bronze trophy. "It's a little heavier than I thought."

Crouch is used to carrying a heavy load. Three years after briefly leaving Nebraska when he lost the starting job, the quarterback won the Heisman Trophy on Saturday night in one of the closest races in the history of the award.

The only thing that was predictable about the Heisman Trophy presentation Saturday night at the Marriott Marquis Hotel was that a quarterback would win it.

And it turned out to be Nebraska's Eric Crouch, a 6-foot-1, 200-pound speedster who ran the Cornhuskers' option offense and set a Division I career record for quarterbacks by rushing for 59 touchdowns over four seasons.

This year, the Omaha native scored 18 times on the ground, and rushed for 1,115 yards on 203 carries. He also passed for 1,510 yards, with seven touchdowns and 10 interceptions.

It's a little heavier than I thought.” 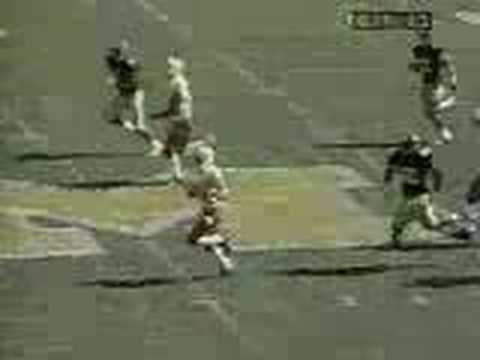 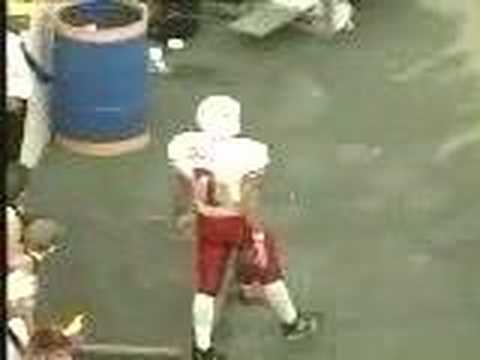