The Children's Holocaust Memorial consists of an authentic German transport car (which arrived in Baltimore on September 9, 2001) surrounded by a small garden.The railcar is filled with 11 million paper clips (6 million for murdered Jews and 5 million for Gypsies, homosexuals, Jehovah's Witnesses, and other groups). The monument was uncovered on the anniversary of the Kristallnacht, November 9, 2001.

Eighteen butterflies sculptured of twisted copper are embedded in concrete around the railcar. Butterflies came from a poem written by a child who lived in Terezin concentration camp in 1942 (I Never Saw Another Butterfly) and the number 18 in Hebrew symbolizes life (in Gematria, 18 is the numerical value of the word חי, pronounced Chai, meaning life). Inside the railcar, besides the paper clips, there are the Schroeders’ book and a suitcase filled with letters of apology to Anne Frank by a class of German schoolchildren.

A sculpture designed by an artist from Ooltewah, Tennessee stands next to the car, memorializing the 1.5 million children murdered by the Nazis, incorporating another 11 million paper clips.

In 1998 Linda Hooper and a group of parents and teachers in Whitwell sat down to talk about what kids were learning in school--and what they weren't. There was one obvious gap: In a town that's almost exclusively white and Protestant, Whitwell kids knew very little about other people. Hooper decided to send David Smith--history teacher, football coach, and assistant principal--to a workshop in Chattanooga on enrichment programs.

When Smith saw a presentation on the Holocaust, he knew that was what he wanted to explore.

"I could teach about hatred and what it cost," he says. 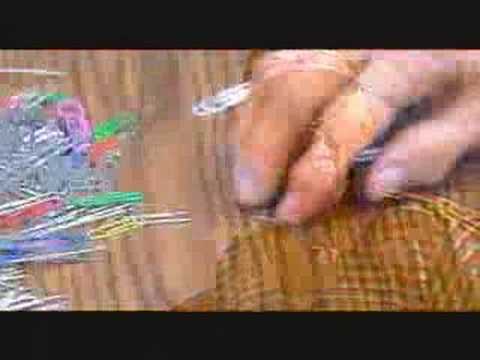