Kabuki Warriors is Released for the Xbox

Kabuki Warriors, our choice for worst game of 2001, epitomizes just how bad a bad game can be, as there are truly no redeeming qualities to it.

The gameplay mechanics are simplistic and unrefined, making it easy to pick up and even easier to put down. Excuses can be made for the graphics in a first-generation game on a console, but no amount of excuses or apologies can justify Kabuki Warriors' flat, repetitive environments and its short selection of poorly constructed and animated characters. Topping it all off is the game's unlikable soundtrack of canned sword noises, uninspired kabuki-themed music, and a single scream that proves to be more and more grating every time you hear it. Kabuki Warriors is a blemish on the Xbox's launch, and represents the absolute bottom of the barrel for video games in 2001.

Quite frankly, this game is a joke. The fighters you face early on are so easy to beat, I literally won a match just bashing the controller against my ass. I wish I was joking, but the score is seriously Kabuki Warriors zero, my ass one. Some of the warriors are cool to look at with all their elaborate garb and authentic dance, but the fighting is pathetic. ”

Kabuki Warriors is a 2001 video game released for the Microsoft Xbox, shortly after the release of the console. It was published by Crave Entertainment, and co-developed by Genki and Lightweight.

The game was universally panned by critics. Receiving a 1.4 out of 10 on GameSpot, it earned the distinction of being named "Worst Game of 2001", and to date is the only game to have received a 1 out 10 from Edge magazine since its inception in 1993. Game Informer gave the game a .5, with the comment by editor Andy McNamara, "I literally won a match just bashing the controller against my ass."

Any fan of either Kabuki Theater or fighting games should consider Kabuki Warriors a bastardization of the art.” 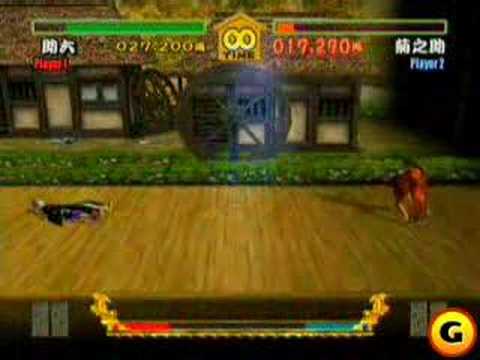 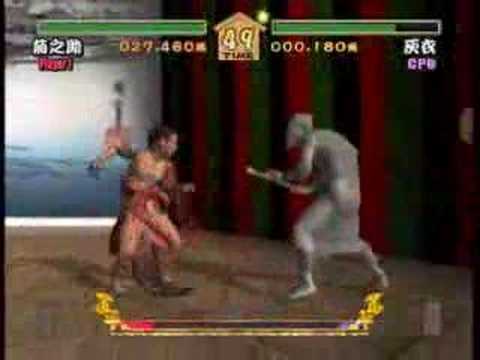