The first game of the Halo series, it was released on November 15, 2001 as a launch title for the Xbox gaming system, and is considered the platform's "killer app." With more than five million copies sold worldwide as of November 9, 2005, Microsoft released versions of the game for Microsoft Windows (ported by Gearbox Software) and Mac OS X in 2003, and the surrounding storyline was adapted and elaborated into a series of novels and comic books. The game was later released as an Xbox Original for download onto an Xbox 360 HDD.

In Halo's twenty-sixth century setting, the player assumes the role of the Master Chief, a cybernetically enhanced "SPARTAN" super-soldier. The player is accompanied by Cortana, an artificial intelligence who occupies the Master Chief's neural interface. Players battle various aliens on foot and in vehicles as they attempt to uncover the secrets of the eponymous Halo, a ring-shaped structure. The game has been called "easy to learn", and has been praised for its "engaging story".

Many game magazines have praised Halo as one of the best and most important games of all time. The game's popularity has led to labels such as "Halo clone" and "Halo killer", applied respectively to games either similar to or anticipated to be better than it. In addition, the game inspired and was used in the fan-created Red vs. Blue video series, which is credited as the "first big success" of machinima—the technique of using real-time 3D engines, often from video games, to create animated films. 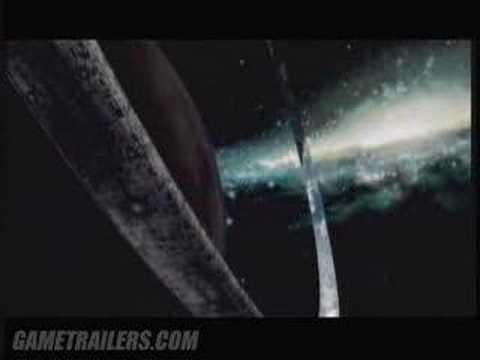