No, the real death of this game is that the graphic engine faults the gameplay.

If you remember Nintendo's SNES game NHL Stanley Cup, maybe you recognize the same frustration I felt as the hockey puck -- on a straight shot for an empty net -- suddenly went off its path because the game's camera confused the game engine. CLINK! Off the pole. The same kind of graphic engine-against-gameplay phenomenon happens here, as enemies get lost in the thick fog. As you're zooming in with a sniper rifle, suddenly the polygon sorting works itself out and the bad guys can track you while you're looking for them. Except, of course, that the fog is still too thick for you to see what you're doing, so you have to zoom in more (at an aggravatingly slow zoom pace). All the while, they're lining you up in their sites. By the time you can even see their shady heads, much less draw a bead, they've launched a bazooka blast your way. Boom. If you're careful, you can impress your friends by zooming in to just the right point and then tapping in the last zoom adjustment for your death. "Nothing on the screen, but huzzah! Tap, click, boom!"

Of all the MK games, Special Forces is considered to be the worst, though some believe Mortal Kombat Advance holds that dubious honor (though, contrary to MK:SF, MK Advance is an adaptation, not an original entry in the series). This has much to do with the fact that many of Midway's staff, including series co-creator John Tobias, left the company in 2000 for various reasons while the game was still in production. MK:SF was rushed to completion following Tobias's departure, and sold so terribly that Midway placed the series on hold in preparation for Mortal Kombat: Deadly Alliance (2002).

This was the second Mortal Kombat game developed by Midway that was a platform rather than a fighting game, after having tested the waters with Mortal Kombat Mythologies: Sub-Zero in 1997. Tobias intended to work on a series of platform games to expand the Mortal Kombat universe, including titles centering around Baraka and Liu Kang; only the latter was actually released by Midway (2005's Mortal Kombat: Shaolin Monks) despite having sat on the drawing board for many years.

There were plans for a Nintendo 64 version but after Tobias' departure and the release of the PlayStation 2 and Xbox systems, Midway management decided on a budget release of the game priced at $20.00 for the PS1 only. 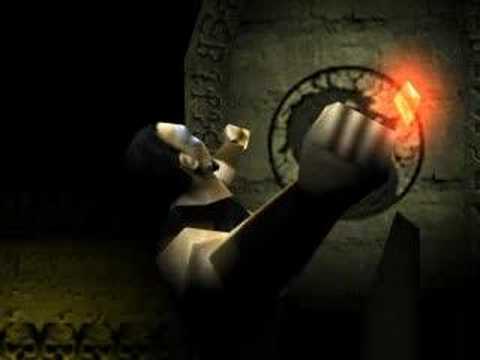