The King of Fighters 2000 is Released

The King of Fighters 2000 is a 2000 competitive fighting game produced by SNK for the Neo Geo arcade and home platforms.

The gameplay is based on The King of Fighters '99 and expands on the "Striker Match" format introduced in that game. The game now has an Active Striker System, which allows the player to summon the Striker member during any situation, whether the player is attacking or being attacked by the opponent, allowing the player to use their strikers in combos. Additionally, the player can now replenish Strike Bombs by taunting the opponent (at the expense of one filled stock of the Power Gauge).

The player now has two choices after selecting the Striker member of the team. The player can choose to use the regular character or an alternate character officially known as Another Striker, a character used exclusively for striker attacks. These alternate Strikers are characters from previous KOF games and other SNK franchises (such as Fio Germi from Metal Slug 2 and Duke Edwards from Burning Fight), as well as alternate versions of characters in the game such as Iori and Robert. There's also another set of alternate Striker characters known as Maniac Strikers, which are selected in the arcade version by inputting a specific codes for each. The console versions includes additional Maniac Strikers by completing a certain number of matches in the "Party Mode".

It has been a while since the existence of the mysterious secret syndicate NESTS was brought to light. Since then, however, their presence still remains a mystery and they've kept their activities well under wraps.

Meanwhile, in contrast to NESTS seeming lack of action, an increase in terrorist activities throughout the world has been taking place. Heidern and his band of mercenaries have determined that these events are the work of K' and Maxima.

Heidern and his band quickly begin pursuit of these two, but just as they begin their efforts, the invitations for the latest KOF tournament are sent....! 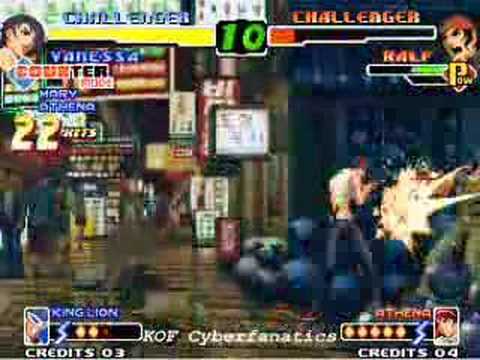 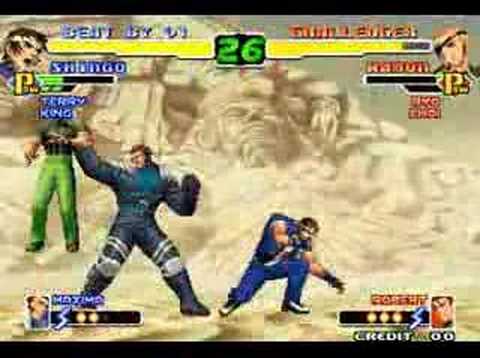