Finding Forrester is a 2000 movie, written by Mike Rich and directed by Gus Van Sant, about a teenager, Jamal Wallace, played by Rob Brown, who is accepted into a prestigious private high school.

Anna Paquin, F. Murray Abraham, and Busta Rhymes also star in supporting roles. Matt Damon makes a brief cameo appearance near the end of the film. New York poet Geoffrey Cruickshank-Hagenbuckle provided several notebooks worth of intense handwriting to portray Forrester's notebooks in the film. Principal photography was shot entirely in Manhattan, the Bronx, and Brooklyn (many Mailor Academy scenes were filmed at Regis High School on the Upper East Side of Manhattan), with some scenery and pick-up shots made in suburban Toronto, Ontario, during post-production. Parts of the film were also shot in Hamilton, Ontario, Canada.

The movie is also famous for a particular line in the movie's trailer. Connery utters the phrase "You're the man now, dog," which became a popular internet meme, and was also the inspiration for the website YTMND.com. 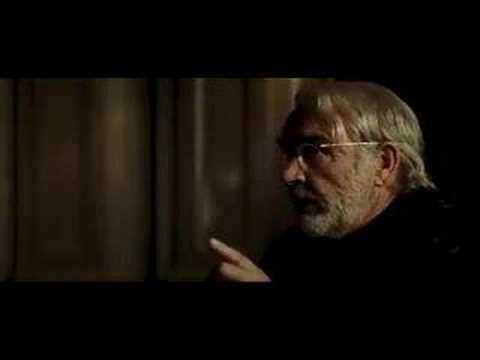