Chocolat is a 2000 romance film based on the novel of the same name by Joanne Harris, and was directed by Lasse Hallström. Adapted by screenwriter Robert Nelson Jacobs, Chocolat tells the story of a young mother, played by Juliette Binoche, who arrives at the fictional, repressed French village of Lansquenet-sous-Tannes with her six-year-old daughter and opens La Chocolaterie Maya, a small chocolaterie. Her chocolate quickly begins to change the lives of the townspeople.

The film was shot in the village of Flavigny-sur-Ozerain in Burgundy, France, and on the Rue De L'ancienne Poste in Beynac-et-Cazenac on the Dordogne River in Dordogne, France. The river scenes were filmed at Fonthill Lake at Fonthill Bishop in Wiltshire, England and interior scenes at Shepperton Studios, Surrey, England.

The film was nominated for Academy Awards, BAFTAs, and Golden Globes. It won a Screen Actors Guild Award.

Vianne Rocher, (Juliette Binoche) like her ancestors, drifts across France. In the winter of 1959, she travels to a tranquil French village, where she and her daughter Anouk (Victoire Thivisol) open a small chocolaterie. The store imbues both wonder and angst within the classical villagers as it opens during the forty days of Lent.

Soon, Vianne's allure and confections enlivens a married couple's aphrodisia, encourages an elderly man's secret love, brings rapport with a willful diabetic, and comforts an awkward woman who longs to leave her drunk and abusive husband. Nonetheless, the devout village mayor, Comte Paul de Reynaud (Alfred Molina), sees Vianne as an immoral provocateur and quietly contests against her. The battle peaks when a band of river gypsies camp on the village outskirts and Vianne finds a mutual attraction with the Irish wanderer Roux (Johnny Depp). 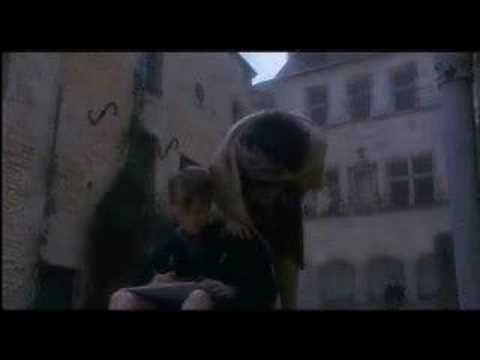