The PlayStation 2 (often shortened to PS2) is a sixth-generation video game console manufactured by Sony.

The PS2 is the best-selling console to date, having reached over 136 million units sell-in as of the end of December 2008 and a software library projected to exceed 1,900 games in 2009. Two games are scheduled to be released in 2010, giving the PS2 a marketable life of over 10 years, thus continuing the sixth generation.

Only a few million people had obtained consoles by the end of 2000 due to manufacturing delays. Directly after its release, it was difficult to find PS2 units on retailer shelves. Another option was purchasing the console online through auction websites such as eBay, where people paid over one thousand dollars for a PS2. The PS2 initially sold well partly on the basis of the strength of the PlayStation brand and the console's backward compatibility, selling over 980,000 units by March 5, 2000, one day after launch, in Japan. This allowed the PS2 to tap the large install base established by the PlayStation — another major selling point over the competition. Later, Sony added new development kits for game developers and more PS2 units for consumers.

A notable piece of advertising for the PS2 launch was accompanied by the popular "PS9" television commercial. 9 was to be the epitome of development, toward which the PS2 was the next step. The ad also presaged the development of the PlayStation Portable[citation needed] (first released in Japan on December 12, 2004).

Many analysts predicted a close three-way matchup between the PS2 and competitors Microsoft's Xbox and the Nintendo GameCube (GameCube being the cheapest of the three consoles and had an open market of games); however, the release of several blockbuster games during the 2001 holiday season maintained sales momentum and held off the PS2's rivals.

Although Sony, unlike Sega with its Dreamcast, placed little emphasis on online gaming during its first years[citation needed], that changed upon the launch of the online-capable Xbox. Sony adapted in late 2002 to compete with Microsoft, with several online first–party titles released alongside it, such as SOCOM: U.S. Navy SEALs to demonstrate its active support for Internet play. Sony also advertised heavily, and its online model had the support of Electronic Arts. Although Sony and Nintendo both started out late, and although both followed a decentralized model of online gaming where the responsibility is up to the developer to provide the servers, Sony's attempt made online gaming a major selling point of the PS2.

In September 2004, in time for the launch of Grand Theft Auto: San Andreas, Sony revealed a new, slimmer PS2 (see Hardware revisions). In preparation for the launch of the new model (SCPH-70000), Sony stopped making the older model (SCPH-5000x) to let the distribution channel empty its stock of the units.[citation needed] After an apparent manufacturing issue caused some initial slowdown in producing the new unit, Sony reportedly underestimated demand, caused in part by shortages between the time the old units were cleared out and the new units were ready. The issue was compounded in Britain when a Russian oil tanker became stuck in the Suez Canal, blocking a ship from China carrying PS2s bound for the UK. During one week in November, British sales totalled 6,000 units — compared to 70,000 units a few weeks prior. There were shortages in more than 1700 stores in North America on the day before Christmas.

On November 29, 2005, the PS2 became the fastest game console to reach 100 million units shipped, accomplishing the feat within 5 years and 9 months from its launch. This achievement occurred faster than its predecessor, the PlayStation, which took 9 years and 6 months to reach the same benchmark.

The PS2 will celebrate its 10th anniversary in 2010 and is expected to continue in the market until 2012.

The PlayStation brand's strength has lead to strong third-party support for the system. Although the launch titles for the PS2 were unimpressive in 2000, the holiday season of 2001 saw the release of several best-selling and critically acclaimed games. Those PS2 titles helped the PS2 maintain and extend its lead in the video game console market, despite increased competition from the launches of the Microsoft Xbox and Nintendo GameCube. In several cases, Sony made exclusivity deals with publishers in order to preempt its competitors. 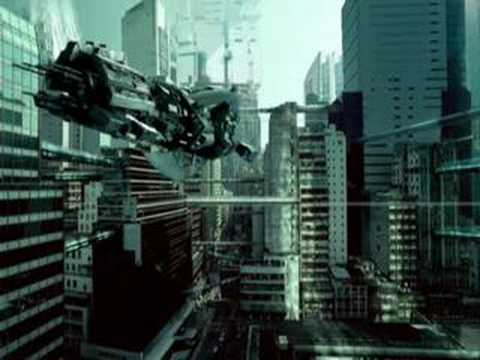