It was the 106th year of the Stanley Cup. The Sabres were led by captain Michael Peca, coach Lindy Ruff and goalie Dominik Hasek. The Stars were led by captain Derian Hatcher, coach Ken Hitchcock and goalie Ed Belfour. It was the Sabres' second Final appearance, the first being a loss to Philadelphia in 1975. It was the third appearance for the Stars' franchise, and their first since moving to Dallas from Minnesota in 1993. Minnesota lost the finals to the New York Islanders in 1981 and to Pittsburgh in 1991. This is the first finals since 1994 that the Finals did not end in a sweep.
The Dallas Stars in 1999 were the only team to win the Stanley Cup other than the New Jersey Devils, the Colorado Avalanche, and the Detroit Red Wings between 1995 and 2003.

Buffalo defeated Ottawa, Boston and Toronto to make it to the final. Dallas defeated Edmonton, St. Louis and Colorado to advance to the final.

By winning the Stanley Cup, the Dallas Stars completed the best season in the history of its 32-year franchise. Of note, the first 26 campaigns were played in Minnesota. In order to prepare for their run to the Stanley Cup, the Stars signed free agent winger Brett Hull and added two-time Vezina winning goaltender Ed Belfour the year before. Complete with the exceptional coaching abilities of Ken Hitchcock, the Stars defeated the Buffalo Sabres in six games and took home hockeys most sought after trophy. 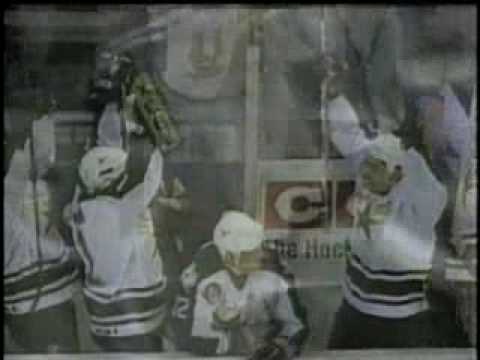