Star Wars Episode I: The Phantom Menace is a 1999 space opera film written and directed by George Lucas.

It was the fourth film to be released in the Star Wars saga and the first in terms of internal chronology. It was also Lucas' first film as a director in 22 years, and only his fourth overall. The film follows Jedi Knights Qui-Gon Jinn and Obi-Wan Kenobi, who flee the planet Naboo with Queen Amidala in the hope of finding a peaceful end to a trade dispute. Along the way, the ship must stop for repairs on the planet Tatooine, where the Jedi encounter Anakin Skywalker, a young slave boy who is unusually strong with the Force. Meanwhile, they must contend with the mysterious return of the Sith.

Lucas began production when he felt special effects had advanced to the level of what he had envisioned for the film. Shooting took place during 1997 at various locations including Leavesden Film Studios and the Tunisian desert. Special effects made extensive use of computer-generated imagery, with some characters and scenarios being completely digital. 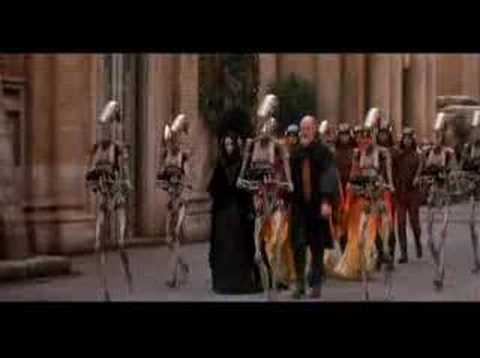