Upon returning to England a few months later, her physicians diagnosed her with breast cancer. She received months of radiation treatment and for a time, the cancer was in remission. In 1995, in apparent good health again, Springfield set about promoting the album and she gave a live performance of "Where Is a Woman to Go?" on the BBC-TV music show Later With Jools Holland, backed up by Alison Moyet and Sinéad O'Connor. The last song Springfield recorded in studio was the George and Ira Gershwin song "Someone To Watch Over Me". The song was recorded in London in 1995 for an insurance company television advertisement. It was included on Simply Dusty (2000), the extensive anthology that Springfield had helped plan, but did not live to see released. Her final live performance was in The Christmas with Michael Ball in December 1995. Cancer was detected again during the summer of 1996. After more vigorous treatment, she succumbed to the cancer on March 2 1999. She died in Henley-on-Thames on the day she had been due to go to Buckingham Palace to receive her award of the Order of the British Empire. Before her death, officials of the Queen had given permission for the medal to be collected by Springfield's manager, Vicki Wickham and it was presented to the singer in the hospital where they had been joined by a small party of friends and relatives. Her induction into the Rock and Roll Hall of Fame in Cleveland, Ohio, had been scheduled for 10 days after her death.

"I Only Want to Be with You" is a song by Mike Hawker and Ivor Raymonde. It was the first solo single released by British singer Dusty Springfield under her long-time producer Johnny Franz. It has since been recorded by many artists and has charted several times. 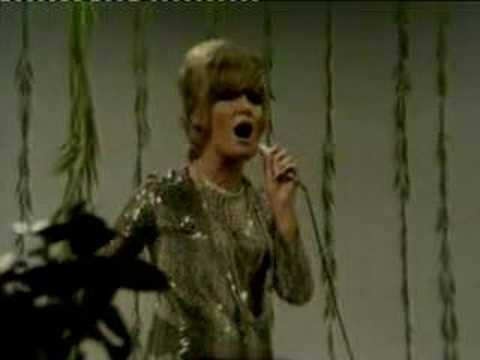