The "Starchild Skull" Comes Into the Posession of Lloyd Pye

The Starchild skull is an abnormal human skull which was found in Mexico.

It is primarily known through paranormal researchers' claims that it represents evidence of extraterrestrial contact.

The starchild skull came into the possession of Ray and Melanie Young of El Paso, Texas, who entrusted it to Lloyd Pye, a writer and lecturer in what he calls the field of alternative knowledge, in February 1999. According to Pye, the skull was found around 1930 in a mine tunnel about 100 miles (160 km) southwest of Chihuahua, Chihuahua, buried alongside a normal human skeleton which was exposed and lying supine on the surface of the tunnel. 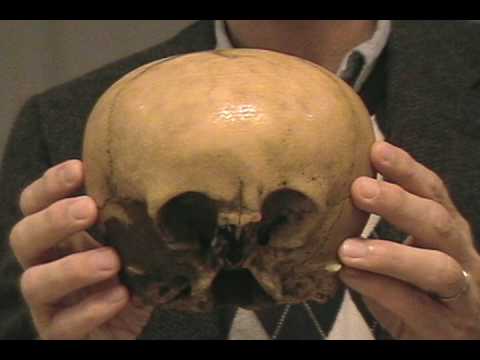 View other events that happened in February 1999