Fight Club is a 1999 American feature film adapted from the 1996 novel of the same name by Chuck Palahniuk.

The film was directed by David Fincher and stars Edward Norton, Brad Pitt, and Helena Bonham Carter. Norton plays the nameless protagonist, an "everyman" who is discontented with his white-collar job in American society. He forms a "fight club" with soap salesman Tyler Durden, played by Pitt, and becomes embroiled in a relationship with him and a destitute woman, Marla Singer, played by Bonham Carter.

Palahniuk's novel was optioned by 20th Century Fox producer Laura Ziskin, who hired Jim Uhls to write the film adaptation. Fincher was one of four directors the producers considered; they hired him because of his enthusiasm for the film. Fincher developed the script with Uhls and sought screenwriting advice from the cast and others in the film industry. The director and the cast compared the film to the 1955 film Rebel Without a Cause and the 1967 film The Graduate. They said its theme was the conflict between a generation of young people and the value system of advertising. Fincher intended the film's violence to serve as a metaphor for this. The director copied the homoerotic overtones from Palahniuk's novel to make audiences uncomfortable and keep them from anticipating the twist ending.

Studio executives did not like the film, and they restructured Fincher's intended marketing campaign to try to reduce anticipated losses. Fight Club failed to meet the studio's expectations at the box office, and received polarized reactions from critics. It was cited as one of the most controversial and talked-about films of 1999. The Guardian saw it as an omen for change in American political life, and described its visual style as ground-breaking. The film later found commercial success with its DVD release, which established Fight Club as a cult film. 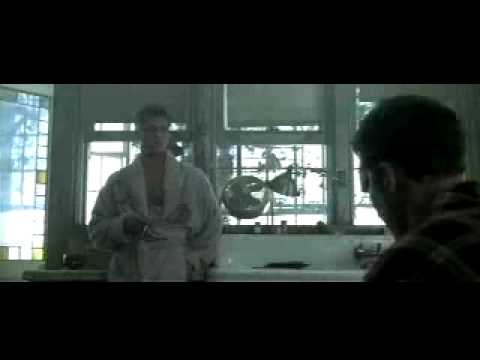