UFC 18: The Road to the Heavyweight Title

UFC 18: The Road to the Heavyweight Title was a mixed martial arts event held by the Ultimate Fighting Championship on January 8, 1999 in New Orleans, Louisiana.

The event featured a UFC Lightweight Championship bout, and six other bouts. UFC 18 was technically part two of what the UFC called "The Road To The Heavyweight Title", a tournament of sorts, spanning four events, held to crown the new UFC Heavyweight Champion after the title was vacated by Randy Couture.

Part one was held at UFC Brazil, with Tsuyoshi Kosaka taking a win to advance to UFC 18. UFC 18 marked the first US appearance of MMA legend Bas Rutten, and also featured the first appearance of the late Evan Tanner, who would go on to become the UFC Middleweight Champion. 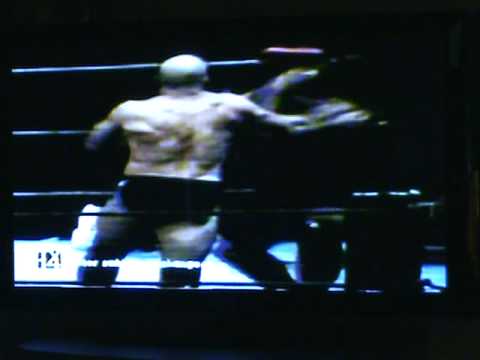