In case you were on some other planet, Duval did win by shooting a 59 in the final round, including a 28 on the back nine.

His second shot at the par five 18th (to six fee) may have been the shot of the year (in only the third week of the season). His score of 59 was the third ever shot on the PGA TOUR, but the first ever on a weekend (and obviously the first in a final round).

Normally very composed, Duval's clenched fist after sinking the putt for 59 was only a small salute to his unbelievable achievement. Out of the record $3 million purse, Duval took home $540,000 - but even that huge sum seemed insignificant compared to the magnitude of the history made that day at the 1999 Bob Hope Classic.

That rarest of treasures, a round of 59 on the PGA Tour, is almost by definition touched by magic. Shots are outrageously holed from the fairway. Putts drop after traversing the length of tortuous greens. Nervousness is temporarily short-circuited.

"What made the 59 strokes David Duval rode to victory on Sunday in the final round of the Bob Hope Chrysler Classic so memorable was that almost all of them were devoid of romance. (The longest shot he holed all day was a 10-foot putt.) Instead, Duval masterfully strung together 11 birdies and one climactic eagle, on the 90th and final hole of the five-round event, to come back from a seven-shot deficit—one off the Tour record for a final-day charge—and beat Steve Pate by a stroke.

On this day in 1999, something was definitely happening behind the wraparound-shaded eyes of David Duval. For it was on this day that Duval shot a final-round 59 at the Palmer Course at PGA West in the Bob Hope Chrysler Classic.

And we're going to argue that Duval's 59 was the best competitive round of golf in the modern era. He started the round seven shots behind the leader, hit pin-seeking iron shots all day, made every putt he needed to make, and topped it off with grand theatre ... a proper hero shot - a balls-to-the-wall 5-iron laced over treacherous water to within eight feet for an eagle on the last hole. And he made the eagle putt to win by one shot. Duval's 59 didn't happen in a major, but for drama it certainly can't be beaten. 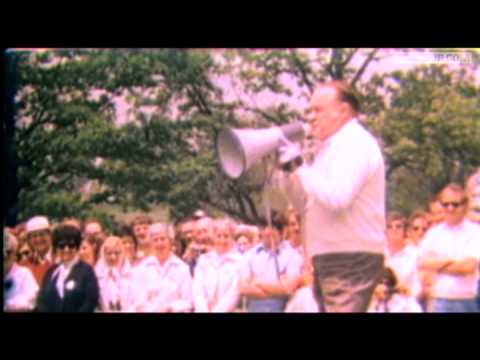