The 1998 Major League Baseball home run chase in Major League Baseball was the race between first baseman Mark McGwire of the St. Louis Cardinals and right fielder Sammy Sosa of the Chicago Cubs that resulted in both players breaking Roger Maris's long-standing and highly coveted record of 61 home runs. McGwire broke Maris's record on September 8 against the Cubs and finished with 70 home runs. Sosa finished with 66.
Several players had come close to breaking Maris's record in the years before 1998. Before the 1994 season was cut short by a labor dispute, Matt Williams of the San Francisco Giants and Ken Griffey Jr. of the Seattle Mariners were both on a pace which threatened Maris's record: they hit 43 and 40 home runs respectively in a season which was shortened by approximately 50 of the scheduled 162 games. (So was Jeff Bagwell of the Houston Astros, who was injured shortly before the strike began: he hit 39 home runs.)
In 1995, Albert Belle became the first player since Cecil Fielder in 1990 to hit 50 home runs in a season. Belle was only the 4th player in the previous three decades to reach the 50 home run- milestone. (George Foster hit 52 in 1977, following Willie Mays in 1965.)
In 1996, Brady Anderson of the Baltimore Orioles hit 50 home runs, twice the number he hit during any other season. Of more note was Mark McGwire of the Oakland Athletics, who first drew attention by hitting a league-leading 52 home runs that season while only playing in 130 games. The 1997 home run chase featured McGwire against Ken Griffey, Jr. of the Seattle Mariners. It was during that season that full-fledged interest over the record kicked in as both players were on record pace well into the summer. McGwire finished with 58 home runs despite a slump following his mid-season trade to the St. Louis Cardinals, besting Griffey's total of 56.

Mark McGwire and Sammy Sosa captivated the nation in 1998 as they traded home run blasts and chased Roger Maris' record. They would both make baseball history. Sosa clubbed 66 homers. But it was McGwire who established the new single season standard by hitting 70. 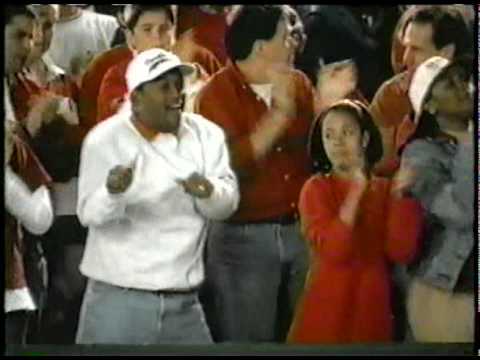