The King of Fighters '98 is Released

The King of Fighters '98 (commonly abbreviated as KOF '98) is a 1998 fighting game released by SNK released for the Neo Geo arcade and home console.

It is the fifth game in The King of Fighters series. This installment was advertised by SNK as a "special edition" of the series, as it featured most of the characters who appeared in the previous games (from KOF '94 to '97), regardless of whether the character was killed off in the series' ongoing storyline (which would resumed in the following game in the series with a new story arc).

As KOF '98 did not feature a storyline, the SNK staff took this oportunity to add Rugal (who died in KOF '95) as well as various alternate versions from various characters to the game. KOF '98 has been commonly praised by several video games publications as the best KOF from the series due to its graphics and gameplay. Ultimate Match, however, was criticized for how similar it is to KOF '98.

This is my first review here, so I decided to go for a game I'm still playing like mad almost 4 years later. KOF 98 is, in my humble opinion a true classic and the series's highlight. At my local arcade, the game still draws huge crowds (while 2000 is mainly ignored and 99 was taken out).

Anyway, on to the game itself. Strictly speaking, it's an upgrade of 97 with all of that game's characters coming back (except Orochi and Orochi Iori/Leona). No new characters, but we have nine making a comeback from previous games, either from death or retirement(I'll explain later). This makes a total of 38 characters, plus a few alternate versions of certain fighters. 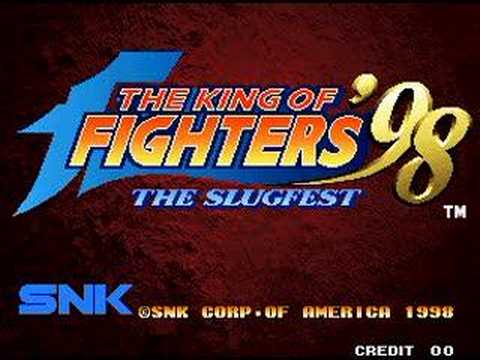 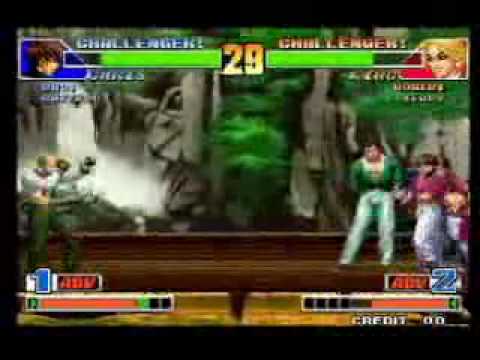