"The Dreamlife Of Angels" Is Released

The film is about two working class women, Isa and Marie, who live in a small French town near Lille. They both have been treated harshly by life and are living from day to day in short-time jobs, such as working in a textile factory or delivering leaflets in the streets. They live in an apartment that Marie is looking after because the owners had a car accident in which everyone died, except for Sandrine, a teenager, who is in a coma. Isa and Marie meet up with two bouncers whom they befriend. The men help them out and they have genuine fun together, although of course the men aren't a whole lot better off than the women.

Elodie Bouchez and Natacha Regnier both won "Best Actress" honors at the 1998 Cannes Film Festival in this naturalistic drama about two women alienated from mainstream society. After a trio of short films, this is the feature directorial debut of 41-year-old French filmmaker Erick Zonca. With opening scenes reminiscent of Agnes Varda's Vagabond (1985), optimistic hobo Isa (Bouchez), with her life in her backpack, has a gritty existence on the road, going from one town to another through northern France, working factory jobs and selling cards. After she loses a garment-factory job, her withdrawn, near-catatonic co-worker Marie (Regnier) lets Isa share space in her Lille living quarters -- an apartment actually belonging to a hospitalized mother and daughter. Marie begins an affair with burly bouncer Charly (Patrick Mercado) before achieving an emotional breakthrough with sleazy, animalistic club-owner Chriss (Gregoire Colin). Meanwhile, Isa becomes fascinated with the girl who lived in the apartment but now lies in a coma at the hospital. The film combines handheld camerawork with a minimalist music score (Yann Thiersen) and documentary-like street sounds. ~ Bhob Stewart, All Movie Guide 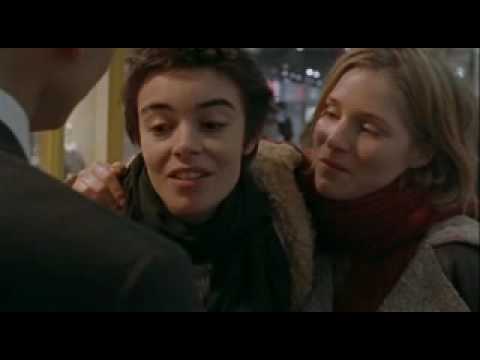 View other events that happened in May 1998