UFC 17: Redemption was a mixed martial arts event held by the Ultimate Fighting Championship on May 15th, 1998 at the Mobile Civic Center, in Mobile, Alabama.

The event featured a four man Middleweight Tournament, three Heavyweight Superfights, an alternate bout in case of tournament injury, and a Heavyweight "exhibition" bout. A Middleweight Championship bout between Frank Shamrock and Jeremy Horn was also taped for broadcast on a later pay per view.

UFC 17 was the last UFC event aside from UFC 23, to feature the "tournament" style format. UFC 17 featured the first UFC appearance of both Dan Henderson and Carlos Newton, as well as the first MMA fight for Chuck Liddell as an alternate in the middleweight tournament who's fight was not televised.

The title Redemption refers to Mark Coleman's return after losing the UFC Heavyweight Title to Maurice Smith at UFC 14. Coleman was originally slated to face then UFC Heavyweight Champion Randy Couture, who had to withrdraw due to an injury. Last minute replacement Pete Williams, a Lion's Den fighter took Couture's place, and in a stunning knock out, defeated Mark Coleman at 12:38. 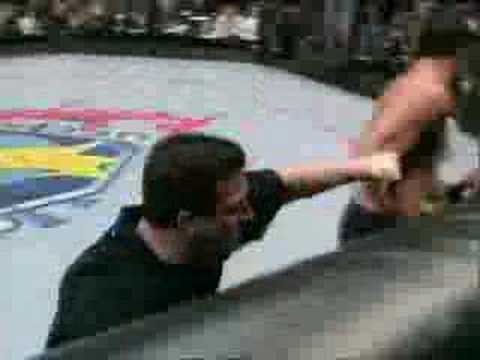