On the evening of October 29 1998, a fire developed in the premises of the Macedonian Association in Gothenburg Sweden.

On the evening of the fire, it was estimated that the number of people in the disco reached 400 people. In this incident 63 people died, of which 43 were found ‘piled’ around the internal exit leading to the main stairwell. Fire fighters reported that their access to the hall was blocked by a wall of bodies inside the doorway that reached the top of the doorjamb.

On Thursday evening, October 28, 1998, a fire occurred in a nightclub in Gothenburg, Sweden. A Halloween party was being held in the second floor hall, and officials estimated that there were approximately 400 people in attendance. According to personnel from the fire brigade, one of the survivors reported that there were so many people that it was impossible to even dance because people were crowded shoulder to shoulder. Prior to the fire, the Gothenburg, Mölndal, Kungsbacka Fire Brigade had determined the maximum occupancy should have been 150 people.

63 youths died, and 213 were injured, of whom 50 were seriously injured. For a long time, it was not made certain whether the fire was an accident or an arson. Within a few days, it was speculated that the fire, of which the victims were mainly immigrants, was started by xenophobic or racist Swedes. Posters were distributed in Gothenburg, containing the text "60 immigrant youths have died, now 60 Swedes shall die." It was later learned that the four arsonists were immigrants themselves, coming from Iran.

On June 1, 1999, it was reported that two suspects had been arrested but later let go. In December, a reward of 3 million Swedish krona was promised for the person or persons who could give such information that would identify the cause of the fire. At that time, no one knew how the fire actually had started, despite the interrogation of over 1,400 persons by the Swedish police. During that month, the police also asked for leads via a national TV show. In January 2000, three suspects were taken into custody by the police, and in February the fourth was brought in. However, these had been suspected of arson before the award was offered. No preliminary investigation was started against the party's arrangers. 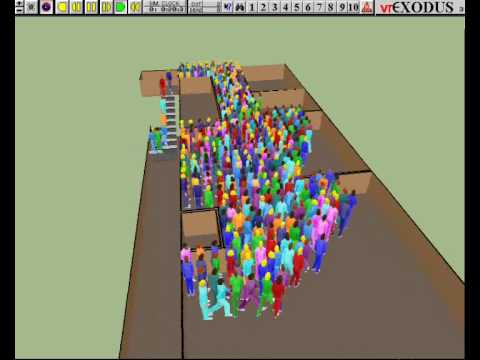