1998 World Series In 1998, the perennial champion New York Yankees set a new standard for excellence in baseball outplaying the 1927 franchise considered by most expert analysts as the greatest team ever to play the game.

With an all-star lineup known as "Murderer's Row", New York outscored its opponents by nearly four-hundred runs and hit .307 as a team in 1927. Babe Ruth, perhaps the greatest ever, set the original single season mark with sixty homeruns which was more than any other American League team had combined. The Sultan of Swat also had plenty of help from his fellow sluggers in pinstripes. Outfield counterparts, Earle Combs in center and Bob Meusel in left, hit .356 and .337 respectively. Lou Gehrig had his first big season, batting .373 with forty-seven home runs and a league leading one-hundred seventy five runs batted in. Second year man Tony Lazzeri ranked third in the loop with eighteen home runs. The pitching staff boasted four men who won eighteen or more wins, led by Waite Hoyt at 22-7. Herb Pennock and Wilcy Moore gained nineteen victories apiece while Urban Shocker added eighteen. This lethal trio complemented the dominant offense by claiming the league's three best ERAs. Moore, who pitched primarily in relief, led the way with a 2.28 mark. With a 110-44 record, the Bronx Bombers ran away with the American League pennant, winning by a staggering nineteen games.

The Yankees secured their place among the most celebrated teams in history, putting the final touches on their masterpiece with a World Series sweep of the Padres

Years from now, when the San Diego Padres have been long forgotten, the New York Yankees will be remembered as having played the 1998 World Series against ghosts and legends, against teams so good that their nicknames had nicknames, against men from the days of Teddy Roosevelt's presidency who were deader than the baseballs they had hit.

This wasn't a World Series. It was a seance.

No wonder the television ratings for this Series wound up as the worst ever. Too many people were trying to find the games on The History Channel, what with the Yankees being compared to the 1906 Chicago Cubs, the 1927 Murderers' Row Yankees, the 1975 and '76 Big Red Machine from Cincinnati, and other great teams of yore. Are the '98 Yankees the greatest team ever? The question had been raised before the season was half over. In late summer a reporter asked 67-year-old Yankees coach Don Zimmer how his team compared with the aught-six Cubbies. "Hell, do I really look that old?" Zimmer blurted. 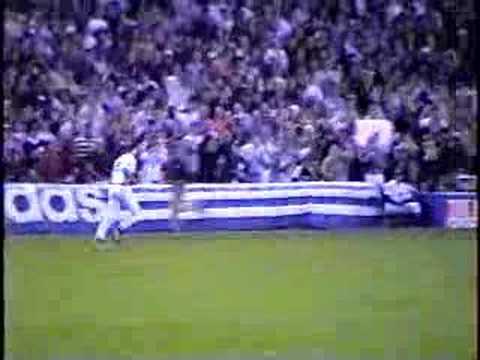 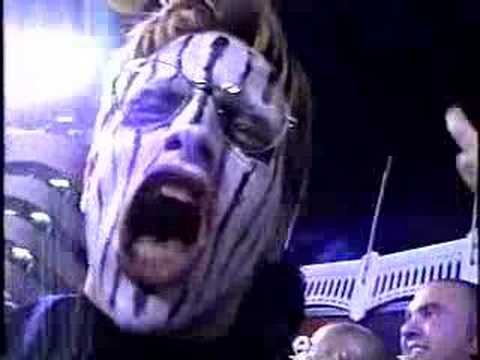 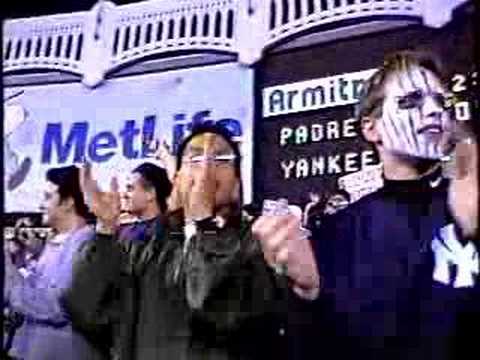