It was instrumental to the development of the genre, and is still running today. The game is played online, in a fantasy setting similar to that of the other Ultima games that preceded it.

The success of Ultima Online opened the door for the creation of many new massively multiplayer games. Ultima Online is a fantasy role-playing game set in the Ultima universe. It is online-only and played by thousands of simultaneous users (who pay a monthly fee) on various game servers, also known as shards. It is known for its extensive timing-based player versus player combat system. To maintain order in the online community, there are Game Masters who resolve player disputes, police the shard for terms of service violations, and correct glitches in the game.

Several expansions have been released, but its aging game engine and graphics make it outdated compared to competitive, new massively multiplayer games. The release of Ultima Online: Kingdom Reborn in 2007 brought a new game engine which offers a slightly better visual experience. Since Ultima Online's prime in 2003, the overall subscriber base has seen a steady decline. Subscriber numbers peaked at around 250,000 in July 2003, and to date sit around 135,000 subscribers (approximately 70,000 of whom are Japanese). As of June 2006, Ultima Online held a 1.1% market share of the massively multiplayer online game subscriptions.

Quoting directly from the Electronic Arts press release announcing the Ultima Online: Kingdom Reborn expansion, Ultima Online was "The first MMORPG to reach the 100,000 subscriber base, far exceeding that of any game that went before it". Since then, it has added seven expansion packs and dozens of free content updates.

Ultima Online may eventually become the game fans had hoped for, and already it has more than its share of devoted followers who are willing to live with certain compromises. Playing now will give you a sampling of the game's potential, but unless you are incredibly patient, can tolerate constant lag and design changes, and you have the time to devote considerable attention to your characters, chances are you will simply find Ultima Online extremely frustrating. Hopefully Ultima Online's development team will continue to work on the game in order to make it a better experience for all players - whether they are hard-core MUD-masters, or just gamers who'd like to occasionally spend a few hours adventuring with friends from around the world. In its current form, Ultima Online is a major disappointment.

Ultima Online takes me back to those days of yore. UO is revolutionary, unpolished, buggy, brilliant and frustrating. Yet I find myself coming back to it time and again, sneaking in hours of play whenever I can.

For the uninitiated, the Ultima universe is one of warriors, magic and dragons. The continent of Britannia is ruled by Lord British, vying for power against Lord Blackthorne. You can be a soldier or a mage or anything in between in a classic RPG setup. The key difference between UO and the previous Ultimas 1-8 is the fact you are now in a world populated by other human RPG characters from all over the world. This turns the game into an almost entirely different animal.

Role-playing all day, all night, in a huge world with thousands of other people. What more could a serious, and maybe even not-so-serious, RPG fan want? Ultima Online is the latest in the Ultima series created by Richard Garriot, aka. Lord British, many, many moons ago when RPGs were text-based. This incarnation exists entirely online in a rich real-time environment populated with thousands of other gamers.

Ultima fanatics might stick with it, but most players will give up in frustration. ”

This is one game that might become a classic, but it isn't one now, despite a New York Times story on the front page of the business section. A game that requires a credit card and Internet access before the player can get even a glimpse of what's going on had better be incredibly engrossing or at least immediately accessible. Ultima Online is neither. The "undoubted future of interactive entertainment"? God forbid. At best, it might eventually grow into a solid, mature game that delivers the goods, but for now, caveat emptor.

EVERY month or so Heather Crouch's husband, Si, used to bring home a new computer game, and she considered it one of her "wifely duties" to watch as he set it up and started killing monsters. After 15 minutes or so, she would walk away. But one day Si Crouch brought home a game called Ultima Online, and from the first moment Heather saw it, she was hooked. 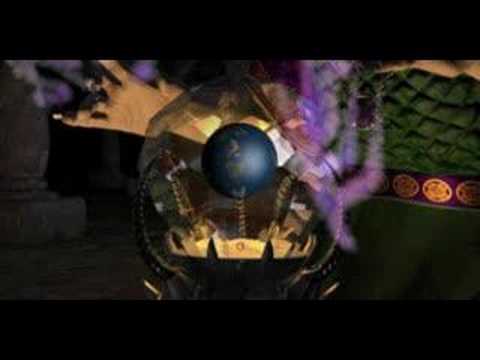 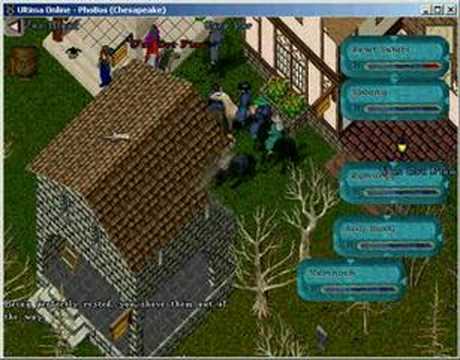