It was recorded in 1997 at Avatar Studios in New York, a return from their previous release, the EP A Change of Seasons, which with the exception of the title track was recorded live at Ronnie Scott's Jazz Club in London, England. It continued the more progressive metal sound Awake started, but to much less critical and commercial acclaim. It is also the only studio album to feature keyboardist Derek Sherinian (as A Change of Seasons is not considered an album by the band). LaBrie's limited vocal range after rupturing his vocal cords is shown on the album, with most of the vocals being in the lower range, in contrast to earlier releases, which were often high-pitched.

Another feature worth noting is John Myung's use of a Chapman Stick on the album (listen to song New Millennium for an example.)

Despite Awake's relative success, the band was not quite happy with its darker sound, which resulted in the band going back to New York to record their new album. The record label pressured the band to write a more commercial album, much to the band's dismay. It was originally intended to be a 140-minute double album, but the record label refused to release such an album and even recruited Desmond Child to help the band re-write "You Or Me", which became "You Not Me", with edited lyrics and chorus, and an abridged guitar solo. You Not Me does however retain a musical reference to the song 'Raise the Knife' which was to feature on the album. This is found in the melody line played by the keyboard in the latter half of the song.

Unhappy with record label interference, Falling into Infinity would be the last album to feature a traditional producer. Later albums would be produced from within (by the partnership of Mike Portnoy and John Petrucci) due to the band's unhappy result of Falling Into Infinity. The album is also the only album besides When Dream and Day Unite to not feature the band's iconic font, as a result of graphic artist Storm Thorgeson's refusal to work with fonts other artists had made. 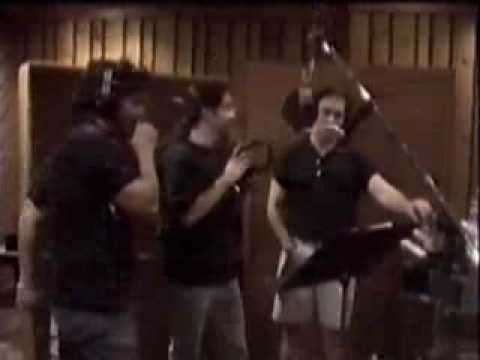