Titanic is a 1997 American romance film directed, written, co-produced and co-edited by James Cameron based on the sinking of the RMS Titanic.

It features Kate Winslet as Rose DeWitt Bukater, and Leonardo DiCaprio as Jack Dawson, two members of different social classes who fall in love aboard the ill-fated voyage of the ship. The main characters and the central love story are fictional, but some characters (such as members of the ship's passengers and crew) are based on real historical figures. Gloria Stuart plays the elderly Rose, who narrates the film in a modern day framing device.

Production of the film began in 1995, when Cameron shot footage of the real wreck of the RMS Titanic. He envisioned the love story as a means to engage the audience with the real-life tragedy. Shooting took place at the Akademik Mstislav Keldysh - which aided Cameron in filming the real wreck – for the modern scenes, and a reconstruction of the ship was built at Playas de Rosarito, Baja California. Cameron also used scale models and computer-generated imagery to recreate the sinking. Titanic became at the time the most expensive film ever made, costing approximately US$200 million with funding from Paramount Pictures and 20th Century Fox.

The film was originally to be released on July 2, 1997, but post-production delays pushed back the film's release to December 19, 1997. After this news broke, the news media believed that Titanic would fail and take Fox and Paramount with it. Upon release however, the film turned out to be an enormous critical and commercial success, winning eleven Academy Awards, including Best Picture. It became the highest-grossing film of all time, with a worldwide total of over $1.8 billion (it is the sixth-highest grossing in North America once adjusted for inflation). 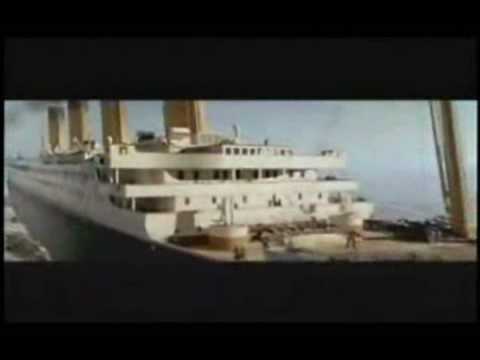