Favre led the Packers to their best season in 30 years in the 1996 season, winning his second consecutive MVP award in the process.

The Packers led the NFL in points scored as well as fewest points scored against. Green Bay tied the Denver Broncos for the NFL's best regular season record, 13–3, defeated the San Francisco 49ers and Carolina Panthers at Lambeau Field in the playoffs. The Packers advanced to Super Bowl XXXI at the Louisiana Superdome, a short drive from Favre's hometown. 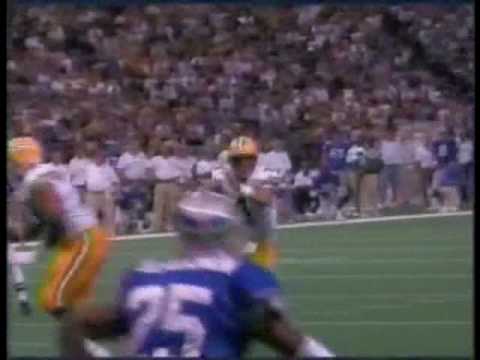